GA-EMS and Boeing Team for US Army HELWS Prototype

“The high power, compact laser weapon subsystem prototype that GA-EMS will deliver under this contract will produce a lethal output greater than anything fielded to date,” stated Scott Forney, President of GA-EMS. “This technology represents a leap-ahead capability for air and missile defense that is necessary to support the Army’s modernization efforts and defeat next-generation threats in a multi-domain battlespace.”

The companies are combining their expertise in directed energy to deliver best-in-class, combat-ready protection for the Army with unmatched speed, performance, safety and affordability. Specifically, the system will leverage GA-EMS’ scalable distributed gain laser technology with Boeing’s beam director and precision acquisition, tracking and pointing software, to provide a complete demonstrator with sophisticated laser and beam control.

Dr Michael Perry, VP for Lasers and Advanced Sensors at GA-EMS, describes the laser as “a packaged version of the seventh generation of our distributed gin design already demonstrated. The laser system employs two Gen 7 laser heads in a very compact and lightweight package. Recent architectural improvements have enabled our single-beam DG lasers to achieve comparable beam quality to fiber lasers in a very simple design, without the need for beam combination.” 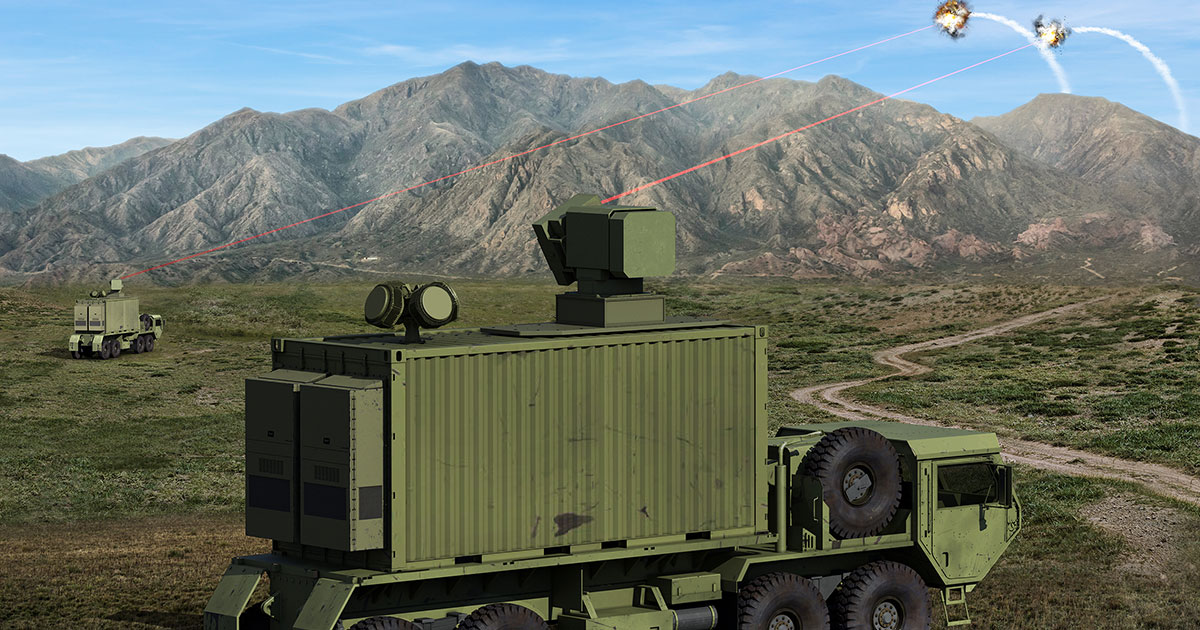 A rendering of the HELWS in operation. (Image: GA-EMS)