The eyes of the world may be on the COP 26 climate conference in Glasgow this week, but elsewhere in Scotland the British Army and one of its key suppliers have been demonstrating that re-use and recycling is an important part of military operations too.

G3 Systems supplied the Royal Engineers with its DEW (Deployable Engineering Workshop) over a decade ago. The system – which comprises a variety of modules that can be used together or separately, and which includes a wide variety of workshops covering different engineering disciplines – has been set up at Kinloss Barracks in Scotland for some time but teams from 35 Engineer Regiment’s 65 Field Squadron required training in assembly and disassembly of the capability ahead of deployments to BATUS (British Army Training Unit Suffield) in Canada and on COVID-19 support operations in the British Isles. The training took place in reverse order, with the DEW being taken down before being reassembled.

The DEW includes metal fabrication, blacksmith, carpentry/joinery, logistics/planning/draughtsman, building finisher/signwriting/stores and fitter machinist modules, and interlinked shelters. Once fully assembled, G3 says the facility covers the same area as half a football pitch and can be constructed and fully operational in almost any location and environment within 24 hours. Since it was delivered to the British Army the facility has seen operational use in Afghanistan and the Middle East, as well as several deployments on training exercises. 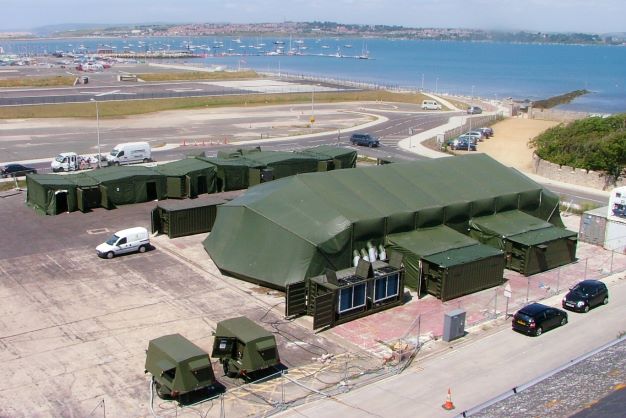