From 29 to 31 January, navy commanders, directors of materiel, heads of strategic programmes, capability planners, shipyard directors and leading solution providers convened in London for the annual Surface Warships conference organised by IQPC. Over those three days, the speakers explored three main themes: day one focused on operational perspectives from navies across Europe and the Americas; day two offered navies from Europe, America and the Asia Pacific the opportunity to outline their platform modernisation and ship design priorities; and, day three was a chance for speakers to offer their views on innovation for the future surface fleet.

Particularly prominent the first day of the conference were discussions on the key regions that today present specific challenges. Anyone who has been following closely developments in the High North, with Russia reinforcing its military bases in the Arctic and the melting of the ice giving way to increased traffic in the region, will not be surprised to hear that the Arctic is now firmly back on the military map. A number of navies are developing, or have been considering the development of, capabilities that can operate in the region’s harsh environment.

Similarly, South American navies have also detailed their plans to increase their presence in the Antarctic region; perhaps currently less prone to tensions than the Arctic, Antarctica does nevertheless present significant geopolitical interests. The Baltic Sea is also back on the forefront of geopolitical and strategic planning concerns, not only as a result of Russia’s political posture as of late, but also in discussions concerning the resurgence of the mine threat.

Moving away from Europe and the poles, heading East, a number of participants voiced their concerns regarding the situation in the Gulf region. These focused both on the potential threat posed by Iran and on the current war in Yemen that is spilling over. Continuing further East, participants talked of the potential threat from China, who has been significantly modernising its military and which navy has been a key instrument for the country’s growing assertiveness in regional contested waters.

The nature of the threats in those regions varies, naturally, although perhaps two appeared to be common to most: cyber security and the protection of Sea Lines Of Communication (SLOC). With modern warships systems being increasingly digital, and with fleet being progressively more connected, the cyber threat has become a key concern for navies around the world. All are working to protect their ships from potential cyber attacks.

The issue of SLOCs is ubiquitous to all regions as well, with most countries depending on shipping for various aspects of their economy, but while this has been a concern for many years in the Baltic, Asia Pacific and the Gulf, it is now also becoming a concern for the Arctic. Other threats mentioned by participants included high velocity weapons (although there were concerns, voiced on the side of the conference, that this may not be considered enough of a threat yet from certain countries), as well as acts of terrorism from non-state actors, who are benefiting from an increasing democratisation of different weapons previously only available to states actors.

But perhaps one of the most discussed threats at this year’s iteration of the conference was the mine threat. Widely used during the past World Wars, and progressively forgotten about with the end of the Cold War, mines have now made a come back as a key deterrence weapon.

These threats, whether regionally specific or ubiquitous, inevitably affect naval posture around the world. Presence and power projection were certainly mots du jour for most participants; be it in littoral waters, rivers or far away oceans, navies are working to make sure they secure a national presence and, where needed, project power. The notion of forward basing was also discussed a number of times, as the budgetary and capability constraints navies have to constantly work with do require strategic thinkers to move in that direction (please check the forthcoming issue of NAVAL FORCES, II/2019, for an article on sea basing; order here).

Similarly, interoperability and cooperation were presented as key factors for different alliances’ (NATO or European Union) success in projecting power overseas. This was true not only in the sense of operational cooperation in international missions such as EUNAVFOR Somalia and SOPHIA, but also from the industrial point of view, with the development of industrial programme such as the FREMM (Frégate Multi Mission), developed by Italy and France, or the VULCANO ammunition, developed in cooperation between Italy and Germany.

The types of capabilities that are being modernised and designed inevitably reflect these postures and the various constraints with which navies have to work while seeking to face these challenges efficiently, such as reduced budgets and limited crew size. Typically, a number of navies are following the trend of procuring multi-mission surface ships, with a significant emphasis on Anti-Submarine Warfare (ASW).

Much like the mine threat, the submarine threat had slowly faded into the back of strategic thinkers’ minds following the end of the cold war. Over the past years there has been a resurgence of the threat, which has however also brought to the fore the loss of training, skills and modern capabilities for ASW; many navies are now working to address these gaps. Similarly, whether they are procuring dedicated platforms or are planning dedicated modules in multi-mission ships, navies are also focusing more on Mine Countermeasure Vessels (MCMV). Interestingly, discussions about MCMVs put a particular emphasis on the need to keep crew safe and, consequently, on the key role unmanned networked systems play in this respect.

Two ongoing European programmes highlight the importance of mines, MCMV and cooperation: the Maritime Mine Counter Measure (MMCM) developed between France and the UK; and, the 12 MCMVs to be built for the Belgian and Dutch navies in cooperation (the winner of the competition is to be announced in the next few weeks – stay tuned).

Finally, with the increasing procurement of unmanned vehicles for a wider array of missions, the importance of networked fleet and Artificial Intelligence (AI) was underscored during the conference. A number of navies are looking to procure unmanned systems (whether aerial, surface or underwater) to bring onboard their platforms, and AI will contribute to improving their effectiveness. As for AI more broadly, some concerns were raised by the audience that they may be used to replace crew but participants, and one navy in particular, noted that AI would only be used for the purpose of augmenting and supporting human intelligence rather than replacing it. 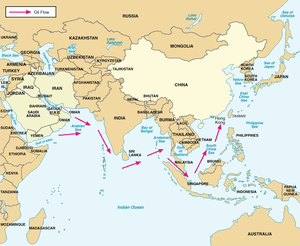