To meet the needs of Turkish Land Forces Command, FNSS premiers the PARS 4×4 Anti-Tank Vehicle (ATV) at Eurosatory 2018, where one of the two prototypes of the vehicle produced for qualification tests is being displayed at the FNSS stand, giving visitors to the event the opportunity to inspect up close a fully mission-equipped vehicle.

The two prototypes, produced as part of the ATV project, will spend the coming months undergoing qualification tests once the manufacturer’s verification tests have been completed.

The PARS 4×4 ATV has been devised as a vehicle that offers both speed and high manoeuvrability under all terrain conditions, with sufficient firepower to destroy enemy tanks and other armoured units from a distance, and with the ability to engage second targets following a rapid change of position. Drawing upon its vast experience and innovative approach, FNSS has come up with a very special amphibious vehicle that is capable of meeting these challenging requirements simultaneously.

Most noteworthy among the PARS 4×4 ATV’s features is the positioning of its power pack at the rear of the vehicle. With the placement of cooling grate and exhaust on the upper body, this positioning allows the vehicle to go amphibious without prior preparation, thus granting it the best amphibious capabilities in its class and further allows the PARS 4×4 to manoeuvre at higher speeds. All these features, which can only be expected from a vehicle with a rear-positioned power pack, grants the PARS 4×4 with critical capabilities in moving away rapidly after launching an attack.

The outstanding capabilities of the PARS 4×4 ATV are as follows:

K. Nail Kurt, General Manager and CEO of FNSS, said that the PARS 4×4 marks the beginning of a new era in anti-tank vehicles: “FNSS closely follows both developments and user requirements around the world, and as a result of these efforts, we came up with the PARS 4×4 concept that we presented for the first time at IDEF 2017,” he explained. “Following the signing of our contract with the user, we readied this concept, along with its turret, for qualification tests, completely from scratch. This has allowed us to roll out a vehicle that is peerless in the world. The PARS 4×4 stands as yet further evidence of FNSS’ engineering strength and tailored capabilities. With the introduction of the PARS 4×4 into the inventory, we are certain that it will become a force multiplier that changes all the equations, first for Turkish Land Forces Command, and later, for friendly and allied nations.”

Launched by the Undersecretariat for Defence Industries (SSM) and conducted with FNSS as the prime contractor, the ATV project covers the development, qualification and delivery of a total of 260 vehicles that include the tracked KAPLAN-ATV and wheeled PARS 4×4 ATV platforms. The project contract was signed on 27 June 2016, and entered into effect on 14 October 2016.

As envisaged in the project plan, the detailed design of the vehicles was examined and approved by the SSM and Land Forces Command on the 15th month of the project schedule. In the classical project methodology, this milestone also corresponds to the start of production activities. In addition to the detailed design, FNSS also manufactured the first KAPLAN-ATV prototype, and presented the Remote Controlled Anti-Tank Turret (RCAT), which is at the heart of the vehicle’s primary striking power, to users in order to obtain feedback prior to commencing factory tests. The 15-month development period for the prototype is impressive in terms of its shortness when compared to recent similar projects, and could in fact be considered unprecedented.

Serial production of both the tracked and wheeled vehicles in the ATV project is planned to be completed in 2021, with 260 vehicles expected to be delivered in total to the Turkish Land Forces Command. 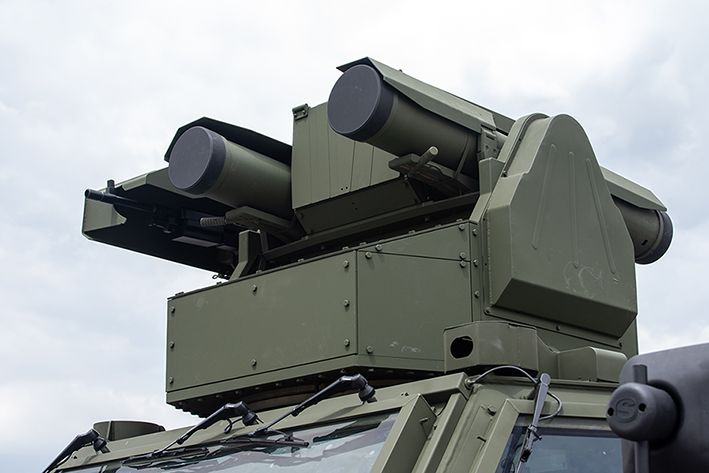