The first PARS III Wheeled Armoured Vehicle (WAV) was delivered to the Royal Army of Oman (RAO) on 12 July at the FNSS facilities in Golbasi, Turkey. Finished in RAO camouflage, hull number 001 is in the 8×8 APC variant, aka IFV-25. The vehicle features a one-man FNSS SABER 25 turret armed with a stabilised Orbital ATK M242 25mm dual-feed cannon and an FN MAG 58M 7.62mm co-axial machine gun.

After three years of trials (the 8×8 PARS was put through in-country trials in Oman from the summer of 2012) and a test and evaluation period in the second half of 2015, FNSS was awarded a contract by the Omani MoD on 20 September 2015, valued at approx. U$500 million, for design, development, manufacture, certification to both customer and international standards and delivery for a total of 172 PARS III WAV in 13 variants (145 in 8×8 configuration and 27 in 6×6). Delivery is scheduled for completion by May 2020.

The Omani contract is the second order for PARS, the first having been placed by Malaysia. Omani vehicles feature some country-specific modifications and upgrades, resulting in a slightly different appearance from the PARS II/AV8 GEMPITA (THUNDER) vehicles ordered by Malaysia. Furthermore, the Omani PARS IIIs lack the Malyasian vehicles’ amphibious capability, but have better ballistic, mine/IED protection thanks to the provision of add-n armour modules.

The Malaysian programme, based on the PARS II, covers a total of 257 8×8 vehicles. Local company DRB-HICoM DefTech acts as the principal assembly agent and works with FNSS to customise the vehicles for the Malaysian requirements. By contrast, all the RAO’s vehicles will be manufactured at FNSS facilities in Ankara. The 172 PARS III WAVs include 145 8×8 in eight variants and 27 6×6 vehicles in five variants. The 145 8x8s include 72 in APC/IFV-25 configuration, 12 120mm Armoured Mortar Vehicles (AMV), eight ARVs, six AEVs and one Armoured Training Vehicle (ATV) variant. The 27 6×6 vehicles include 12 in Armoured Reconnaissance Vehicle (ARecV) configuration, four Armoured Specialised Command Vehicles (ASCV), one ATV, six Mortar Fire Control Vehicles and four APCs.

The Common Base Vehicle concept design was approved in May 2016 and production of the first PARS III 8×8 APC, hull number 001 began in August. Initial inspection took place in Turkey 5-16 June and durability and final acceptance tests are scheduled to take place in Oman in September. The second vehicle to be delivered will be a 6×6 ARecV, currently being manufactured and scheduled for initial inspection in August/September. Final acceptance for this vehicle is anticipated for November this year.
FNSS will also provide an extensive Integrated Logistic Support [ILS] package under the programme, including two years of free maintenance under warranty and four years of additional support. Long-term support for the PARS III WAVs will cover 20 years after the warranty expires.

The PARS III 8×8 is powered by a Deutz turbocharged, water-cooled diesel engine, developing 550hp (483hp in the 6×6 variant), coupled to a fully automatic transmission with seven forward and one reverse gear. The diesel power pack is mounted to the rear of the driver on the left side of the hull, between the first and second axles. The power pack architecture allows disassembly and reassembly in less than 60 minutes in field conditions.

The hull consists of a composite aluminium and steel armour that provides protection for occupants against 7.62mm AP rounds through a full 360°. The PARS III features additional armour mounted at the front and to the sides of the hull. FNSS claims that the hull design of the PARS III offers a higher level of ballistic and mine protection compared to their PARS I and PARS II predecessors. While the PARS II’s V-shaped hull provides mine and IED protection up to STANAG 4569 Level 2A/2B protection for the occupants, with all crew members provided with blast shock mitigation seats, the PARS III’s hull increases this to STANAG 4569 Level 3A/3B against mine/IED threats and Level 3 protection against ballistic threats. The PARS III is fitted with NBC (face masks or positive pressure systems, depending the variant) and survivability is further enhanced by smoke grenade launchers located on both sides of the vehicle and on the SABER 25 turret.

With a combat weight of 1,800kg, the SABER 25 turret features a digital fire control and sighting system and includes a third generation long-wave [8-12µm] or mid-wave [3-5µm] thermal imager, a telescopic day optical channel, a unity window for surveillance and an eye safe laser range finder with 8,000m range and ballistic computation capability. The gunner is also provided with two periscopes for all around vision. The gun turret drive system is electrical and fully digital, with two-axis stabilisation to ensure high accuracy of fire on the move. The main armament consists of an M242 25mm dual-feed automatic cannon with 240 ready rounds – 150 high explosive and 90 armour piercing. Secondary armament is a 7.62mm coaxial machine gun with 600 ready rounds. According to FNSS the first vehicle equipped with the SABER 25 turret demonstrated high accuracy during the initial inspection trials in June this year, even at 3,000m range against fixed targets, thanks to the third-generation digital fire control and sighting system.

While the 8×8 APC and 6×6 ARecV, ASCV and APC variants are fitted with a SABER 25 turret, the 8×8 ASCV will be fitted with a 12.7mm RWS. The 7.62mm and 12.7mm NIMER cupola, being manufactured by an Omani company, will be integrated on the remaining PARS III 8×8 and 6×6 variants, excluding the 8×8 120mm AMV, which will be fitted with an undisclosed industry 120mm smooth-bore mortar system and 7.62mm pintle mount as a secondary weapon. 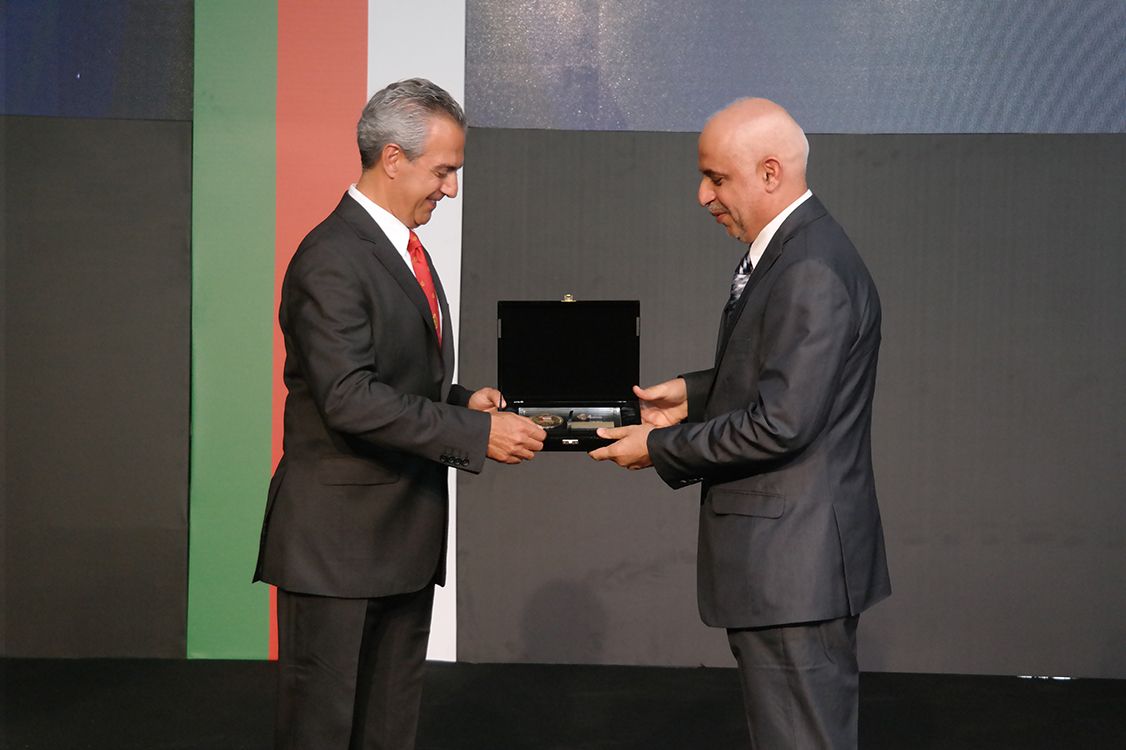