Joins Team Ripsaw to Compete for US Army RCV Programme

FLIR Systems’ Unmanned Ground Systems (UGS) label should be familiar to a number of US Army delegates at this week’s conference. The company continues to provide its PACKBOT man-transportable, multi-mission robot, SUGV (small unmanned ground vehicle) back-packable, rugged robot, the powerful KOBRA heavy-payload robot and FIRSTLOOK throwable, rugged robot systems to the service and other US DoD branches. “The US Marine Corps is also a big customer for us,” Tom Frost, Vice President and General Manager of Unmanned Ground Systems at the company, pointed out.

Beyond these well-known platforms, in 2017, the FLIR unmanned systems division (formerly Endeavor Robotics), was awarded the US Army’s Man-Transportable Robotic System Increment II (MTRS INC. II) programme, which will provide the service with a next-generation, medium-weight robot. This will provide increased stand-off capability for soldiers and be used to detect and confirm a range of potentially lethal threats, such as explosive devices, HAZMAT and others. Mr Frost reported FLIR is successfully achieving programme milestones and will deliver its first low-rate initial production systems this quarter.

FLIR is a member of Team Ripsaw. This industry group, led by Textron Systems, will integrate FLIR robotic, navigation and other technologies onto a Howe & Howe RIPSAW UGV, as it competes for the Army’s Robotic Combat Vehicle (RCV) programme.

Beyond the US, FLIR’s UGVs are also becoming increasingly popular with defence and security forces around the globe – in Asia, the Middle East, Africa, South America and Europe. Indeed, the company announced last month that it won a competitive proposal for contracts with the Norwegian Ministry of Defense and Oslo Police to provide more than 20 of its PACKBOT UGVs, as well as spare parts and training. Delivery to these new end users will begin by year’s end.

Part of FLIR’s efforts to integrate best-of-breed technologies into its unmanned systems includes an increasing focus on artificial intelligence and autonomy, to the extent its robots can navigate on their own. Mr Frost called attention to the ability of his robots to be dropped off in a building, deployed and then to build a map of that building, letting the operator outside know where the doors, hallways and other structural components are situated, as well as alerting command to the presence of toxic materials or hostile entities, alongside other vital decision-making data. “They are doing this entirely on their own – autonomously, building a picture of the inside of the building,” he emphasized.

With regard to other near-term developments, he reminded MON that FLIR is also competing for the US Army’s Common Robotic System (Heavy) (CRS-H) programme — the service’s next-generation, heavy-class robot. FLIR is vying for the contract with a variant of its KOBRA platform: “We’ve been down-selected and are in the final competition, awaiting an award decision,” Frost explained.

He concluded by calling attention to FLIR’s growing Unmanned Systems and Integrated Solutions division, which added both Endeavor Robotics and Waterloo, Canada-based UAS maker Aeryon Labs earlier this year. The entity is bringing all of its unmanned systems technologies together and operating them in a coordinated fashion. 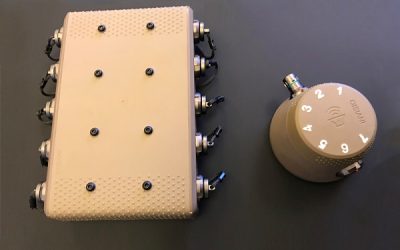 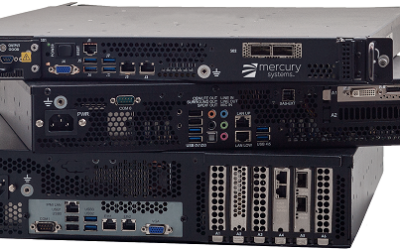 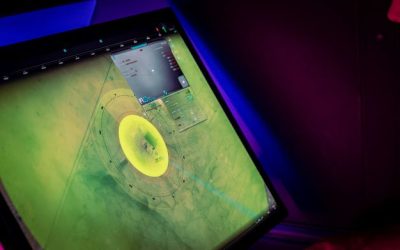