The PHINS series of inertial navigation systems, as well as NETRANS data distribution units, are to be integrated onto Finland’s four POHJANMAA-class multi-role corvettes.

PHINS manufacturer iXblue says its solid-state fibre-optic gyroscope system does not require preventive maintenance, suggesting long-term through-life cost savings to the Finnish Navy. The equipment was selected not just for its navigation performance but because of its “efficient interfacing” with weapons systems and “proven combatibility” with the POHJANMAA-class’s combat management system, the company stated. iXblue is a subcontractor to navigation provider Furuno.

The vessels, being built by Rauma Marine Constructions under the SQUADRON 2020 programme, are due to be commissioned from 2028. The programme has been controversial, as the 3,900t vessels exceed the usual displacement for corvettes, and are over 10 times the displacement of most extant Finnish naval vessels. Concerns have been raised about their ability to operate in the country’s shallow waters, though the Navy has argued that an increase in size is an inevitable by-product of combining multiple mission sets and capabilities in a single vessel. Meanwhile, the company’s solutions “[…] have demonstrated strong performance in navigation at high latitude[s],” according to Sales Manager, Enzo Aldrovandi. 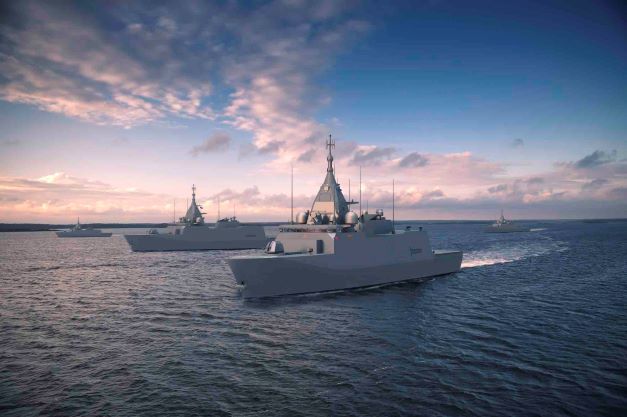 An artists' impression of the POHJANMAA class corvettes. (Image: iXblue)