Satellite RF geolocation services provider, Unseenlabs, has confirmed launch of the fifth spacecraft in a constellation that may number 25 vehicles.

Bro-5 was launched aboard a SpaceX Falcon 9 rocket (which carried a total of 105 satellites) from Cape Canaveral, FL, on 13 January. This was Unseenlabs’ first use of a SpaceX launcher, having sent the four previous vehicles into orbit aboard Arianespace rockets.

As the Unseenlabs constellation grows, so the company’s service capabilities increase. The 10kg Bro-5 will give the French company a reduced time gap between revisits, though it claims its revisit rate is already among the best for interception of RF signals.

“The deployment of Bro-5 enables us to strengthen our international activities, and to reaffirm the place of our constellation as the most developed in the field of RF interception from space,” said CEO, Clément Galic.

The company plans to grow its workforce, presently numbering about 30 people, as it plans for further satellite launches later this year. 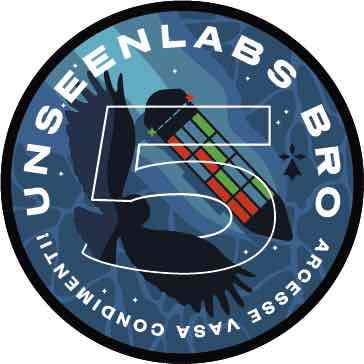