Over 50 of 178 Aircraft Now Modernised

Field Aerospace has completed upgrades to over 50 Combat Systems Officer (CSO) and Special Undergraduate Pilot Training (SUPT) T-1A aircraft and 14 simulators on time and on budget for the USAF, as part of the Air Force Avionics Modernization Program (AMP) contract to upgrade the fleet of 178 T-1As over a period of seven years.

Field Aerospace was selected as prime contractor and teamed with subcontractors Collins Aerospace, FlightSafety International, HEBCO and Nextant Aerospace to bring advanced capabilities to the next generation of US Air Force pilots. The modernisation included updating the T-1A to the Collins Aerospace Pro Line 21 system, which enables the aircraft to meet the FAA’s ADS-B Out mandate, eliminating avionics obsolescence issues for the aircraft. 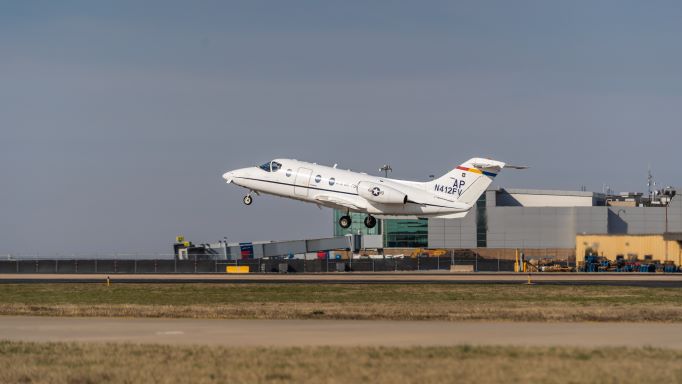 The T-1A is a medium-range twin-engine jet, used for advanced-phase training of airlift and tanker pilots. The fleet is distributed among five US operating bases. (Photo: Field Aerospace)