Roketsan chose FIDAE 2022 in Chile for the global launch of its MAM-T smart munition family – the European launch will be at the upcoming Eurosatory in Paris.

The company has been developing its smart micro munition family for several years, and the MAM-T family now provides further enlargement. The precision rocket can be used against armoured and unarmoured vehicles, structures or other surface targets. Alongside its midcourse guidance capabilities, this new munition provides very high precision against both moving and stationary targets, incorporating a semi-active laser (SAL) seeker.

MAM-T has a diameter of 230mm, is 1.4m long and 94kg in weight. Launch platforms include light attack aircraft and UAS, which enable engagement ranges of over 30km, according to Roketsan. An HE blast fragmentation warhead assures high destructive effect in critical air-to-ground missions. With its fixed wing structure – for longer range – and improved warhead, MAM-T provides users with high strike precision and efficiency against fixed and mobile targets at longer ranges. 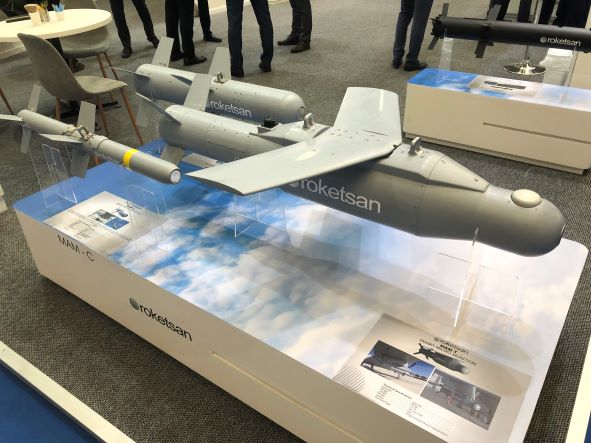