Snippets of News from (Mostly) British Companies at the Show

The UK Department for International Trade´s Defence and Security Organisation is participating in FIDAE with a pavilion of companies – according to Alexis Hammond, Regional Director for the Americas and Asia – interested in fulfilling requirements in Chile and across Latin America.  Some of these are already operating in the region, such as Pearson Engineering, whose products deliver battle-proven manoeuvre support for conventional conflict situations, emergency and disaster management and peace-keeping operations. Pearson delivered its Full-Width Mine Plough to the Chilean Army and equipment to other countries throughout Latin America for applications ranging from minefield clearance to bridge launching.  Pearson Engineering continues to support mine clearance customers in Chile.

Satellite Applications Catapult is an independent innovation and technology consulting company transforming the way armed forces, civil services and private sector organisations use satellite data and technology. This is with a view to being part of a strategic plan for strengthening customer capabilities through uses of this technology. The UK space sector is increasingly recognised at home for its growing contribution to the UK economy, following a decade of sustained growth at about 9%pa year on year, underpinned by a commitment to fostering excellence in innovation. The UK already commands a share of the global space market and has ambitions to increase this to 10% as the global market swells to a predicted value of £400 billion (€458 billion) by 2030. The company is helping to deliver this growth in the UK´s space sector by offering state-of-the-art facilities, expertise and an accessible collaborative environment. As part of the UK´s commitment to find partners in Latin America, ‘The Catapult’ is here to provide its expertise as well as find partners who can complement its capabilities.

Leonardo is one of the top ten players in the global aerospace, defence and security marketplace. Although it is headquartered in Italy, it has substantial competencies around the world, especially in the UK. In Latin America, Leonardo is focused on several requirements; its British components are focused on advanced electronics systems that include: the SEASPRAY 5000E AESA surveillance radar; the RAVEN ES-05 AESA fire control radar (on Brazil´s GRIPENs, which have about 35% technology of UK origin in them) and other systems to meet regional requirements for radar, ISR, EW and self-protection and surveillance upgrades for aircraft and ground stations.

Surrey Satellite Technology Limited is a developer, producer and supplier of small satellites.  All parts and aspects of the 55 ‘Surrey’ satellites that are in orbit today are of UK origin.  Surrey´s speciality is cost-effective, highly-functional, low-orbit satellites, which is ideal for Chile and other Latin American countries that have increased requirements, but frequently less generous budgetary resources.  Surrey also provides consulting services to customers, often helping them to make their satellite investment pay for itself through data sales. The satellites have a 5-7 year lifetime – or, 10-12 years when in low orbit.  Surrey has sold military grade satellites to the USA, France, Australia and others.

Survitec is one of Britain’s long-standing companies in the global defence marketplace, with more than 90-years´ experience supplying defence establishments and aerospace companies with personal protection and pilot flight equipment (PPE and PFE).  Their garments include immersion suits, life jackets, anti-gravity suits and non-garment textile solutions such as life rafts, submarine escape systems, RHIBs and inflatable boats, modular training infrastructure components and more.  The company has recorded sales to more than 50 different national markets, designing, developing, evaluating, manufacturing and certifying their product solutions so that each item is entirely fit for purpose.

Alford Technologies Limited has established an enviable reputation for itself developing highly specialised countermeasures for such dangers as IEDs and landmines. Alford´s speciality is in developing highly innovative explosives to support the EOD community. Its solutions for the controlled explosive and demining arena do not arrive containing any explosives; rather, they are filled by the user with standard explosives they already have on site. Alford tools are ideally-suited to operating at short notice in the field. The products are lightweight and low-cost, easily and safely transportable without explosive fillings. The Alford charges give a higher range of performance by controlling and directing blast energy onto the mine or IED, yielding optimal results with decreased explosives for counter-mine/counter-IED, and even explosive entry and military engineering activities. 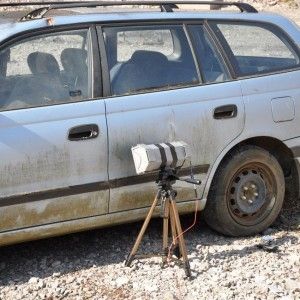