Brazilian systems house AEL Sistemas announced during FIDAE 2018 in Chile this week that its Wide Area Display (WAD) has now become part of the cockpit options package for future customers of the Saab GRIPEN E/F fourth generation combat aircraft. Currently, the Lockheed Martin F-35 LIGHTNING II is the only aircraft in the Americas benefiting from single screen technology in the cockpit.

WAD is a 48.26×20.32cm single screen high resolution display with redundant systems incorporated. Compatible with night vision goggles, WAD has been developed entirely by AEL Sistemas, headquartered in Porto Alegre and has been selected by the Brazilian Air Force for its fleet of 36 GRIPEN E/Fs. Sweden’s future aircraft are currently configured for a three-screen system, though the WAD is apparently under serious consideration, according to AEL Sistemas. The WAD can also be retrofitted to the modern variant of the aircraft in a modernisation programme, the company states.

Using WAD, the pilot can select the type of information he wants at any specific point in a mission, thus making his flight more efficient. It is a touch screen system and is currently being tested in flight by Saab on the GRIPEN E prototype in Sweden.

AEL Sistemas is also responsible for development of the head-up display (HUD), mounted on the cockpit instrument panel, and the TARGO helmet, which projects flight data, communication, navigation and weapons systems information onto the pilot’s visor. The helmet also allows the pilot to control various components of the aircraft and to search, acquire and fire missiles off boresight, without having to physically direct the aircraft to the target before engaging. 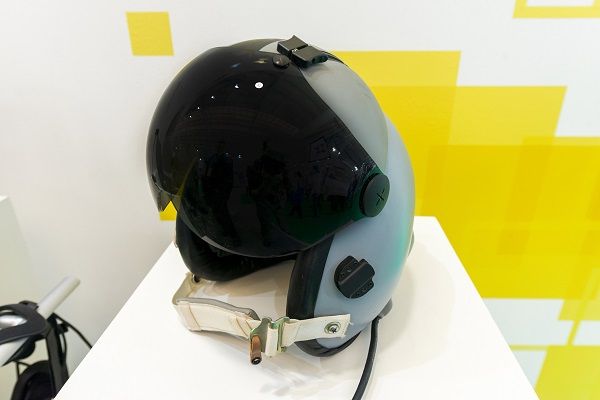