Keen to highlight its technological capabilities and its commitment to the ongoing programme of modernisation being undertaken by the Spanish armed forces, EXPAL is using FEINDEF in Madrid this week to further emphasise the capabilities of its EIMOS 81mm mortar system.

With the dual 81mm mortar prototype for the Spanish Navy on display for the first time, the company is at pains to point out that the system has been developed under an R&D programme with SDGPLATIN (the MoD’s Under-Directorate for Planning, Technology and Innovation), to meet the very demanding requirements of the Spanish Marines. The R&D programme ended in April and the first batch of systems is scheduled for delivery in the coming months.

Designed for mobility, ‘ shoot and scoot’ capability, automatic 360° firing and with no need for additional stabilisers, EIMOS also features the agility to climb steep slopes and – uniquely – can ford to considerable depth without preparation. The embarked mortars were rigorously tested earlier this year by the Marines, proving its ease of use and interoperability with other units, such as C2 centres and UAS. The system is also being evaluated by the Spanish Army under the auspices of its FORCE 35 project. The bulk of the planned testing of the system by BRIEX, the Army’s designated experimental brigade for the programme, is expected to be conducted in November and December. 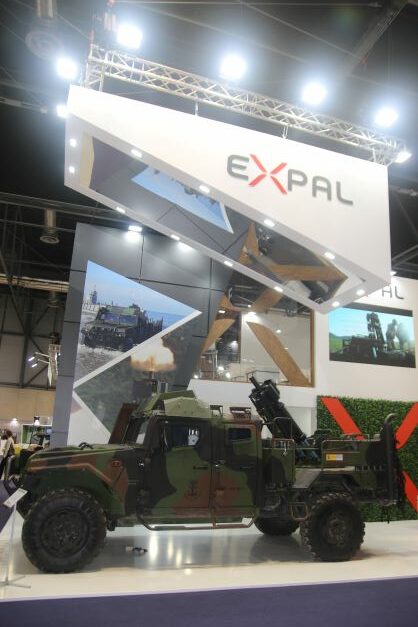