The US government awarded Harris Corporation a U$212 million contract modification to supply the next production lot of electronic jammers to protect US Navy and Foreign Military Sales F/A-18 HORNET and Super HORNET aircraft against electronic threats. The contract, which represents the largest order on the programme to date, was received during the third quarter of Harris’ fiscal 2019.

Harris will manufacture and deliver Integrated Defensive Electronic Countermeasures (IDECM) jammers for the F/A-18C/D/E/F variants, with deliveries under the new contract expected to be completed by August 2022. The Harris ALQ-214A(V)4/5 is the key onboard electronic warfare (EW) jamming system for the IDECM programme, protecting the aircraft from electronic threats, including sophisticated integrated air defense systems.

The ALQ-214 is the next generation integrated countermeasures system carried by the US Navy F/A-18 carrier-based aircraft. It has also been delivered to the Royal Australian Air Force for its F/A-18 aircraft. The legacy (V)3 version is currently deployed on the US Navy’s F/A-18E/F aircraft to provide self-protection. The current (V)4/5 version, which replaces the (V)3 version, provides enhanced capability for US Navy F/A-18C/D/E/F aircraft in a smaller and lighter form factor. Additionally, the (V)4/5 Modular Open System Architecture compliant design allows for technology insertion, enabling air superiority against the ever-evolving threats. The AN/ALQ-214(V)4/5 is one the most advanced self-protection jammer systems deployed in the world today.

In February last year, the US Department of Defense (DoD) awarded a contract to Harris to manufacture and deliver 86 IDECM AN/ALQ-214 A(V)4/5 on-board jammer systems for the US Navy and Australian F/A-18 aircraft. The company won another DoD contract in March to provide 14 AN/ALQ-214 A(V)4/5 equipment to Kuwait.

The award continues Harris’ 21-year partnership with the navy and perfect on-time delivery record over the life of the IDECM program. The company has received $2 billion in awards to date from the Naval Air Systems Command for AN/ALQ-214 development and production.

“Our commitment to continually modernise IDECM has helped to keep naval aviators ahead of emerging threats and out of harm’s way,” said Ed Zoiss, President, Harris Electronic Systems. “The flawless delivery record to the Navy over the past two decades is a remarkable achievement and a reflection of the dedication and hard work of the Harris EW team.” 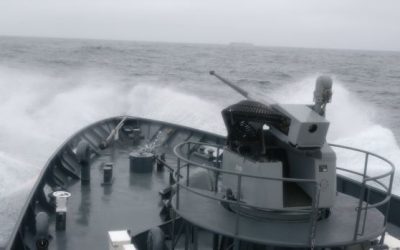