Expodefensa 2019: Seen and Heard on Day One

From Vehicles to Rifles to Weapons Stations

Local company Armor International had an impressive HUNTER XL MRAP occupying centre stage. Although it follows the lines and heritage of a Navistar vehicle, company officials Andres Mejia and Luis Torres explained that the chassis, including engine, transmission and electrical system, are made in Colombia, easing logistics by exploiting the local commercial market. The XL can also be viewed as an evolution of the company’s HUNTER and HUNTER TR-12, which were exhibited in the outdoors area.

Israel Weapon Industries (IWI), an SK Group Member, a well-known manufacturer of combat-proven small arms for law enforcement agencies, governments and armies around the world, presented its new ARAD multi-calibre suppressed assault rifle/carbine. It is a weapon of modular design that enables the user to easily disassemble the rifle to exchange barrels to fire either 5.56x45mm or .300 Blackout calibre. The new rifle uses a short-stroke gas piston operating system with a two-position regulator, rather than the AR-15’s direct impingement system, something that allows proper operation in all environmental conditions. A two-step enhanced trigger ensures both comfort and shooting accuracy. Additional features include a hard-anodized monolithic aluminum MIL-STD 1913 rail in the upper receiver. The ARAD weighs only 2.85 kg, and currently comes with either a 292 or 368mm barrel length. The ARAD was presented along the other recently developed rifle, the CARMEL. This is also a multi-purpose, modular, 5.56X45mm calibre assault rifle, made of superior steel, aviation-grade aluminium and high-strength impact-modified polymer for outstanding performance in all environmental conditions.  It has a rotating bolt system and can be easily customised by the end user. The short-stroke gas piston has a three-position gas regulator and a hammer-forged, chrome-lined, free-floating barrel for enhanced accuracy and prolonged life. It is ideal for military or law enforcement tasks. The IWI CARMEL is fully ambidextrous, equipped with hard-anodized monolithic aluminum MIL Standard 1913 Picatinny rails at the 3, 5, and 9 o’clock positions to allow 100% compatibility with any available sights, devices or accessories. The rifle is equipped with an efficient jump compensator for better shooter stability.

Cockerill exhibited its newest CPWS station equipped with an NG 25mm M242 gun. This CPWS provides light and high mobility vehicles and troop transport vehicles with high firepower, with the crew able to load the whole of the weapons system from the interior, thus remaining under armour protection. The Cockerill CPWS turret has a total storage capacity of 155 ready rounds for the main gun and also contains a coaxial 7.62 mm machine gun and can accommodate various supplementary systems such as grenade launchers. The turret and gun are equipped with a bi-modal stabilised high-performance (thermal) day/night sight for 24-hour use. The aiming system provides the operator with panoramic 360° vision, independently of the position of the turret. Once locked onto the target, the gun automatically aligns with the aiming system. A ballistics computer guarantees the highest probability of hitting the target when firing on the move.   The turret can easily be accommodated on Colombian’s 4×4 Commando, and/or M113 APCs. The station has been successfully tested on the VAP and the Sherpa.

Expodefensa 2019 has industrial representation from 26 countries, including 218 international and Colombian exhibitors. It is hosting six pavilions representing Brazil, Spain, France, Israel, the United Kingdom and the United States.  The fair is expected to receive 130 official delegations from 20 countries. 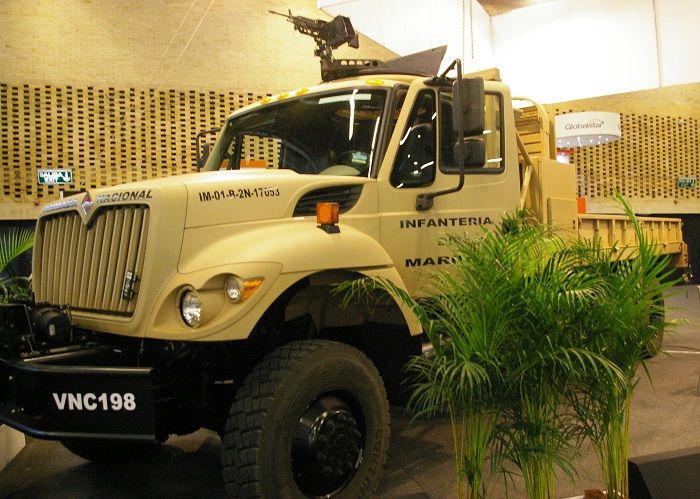 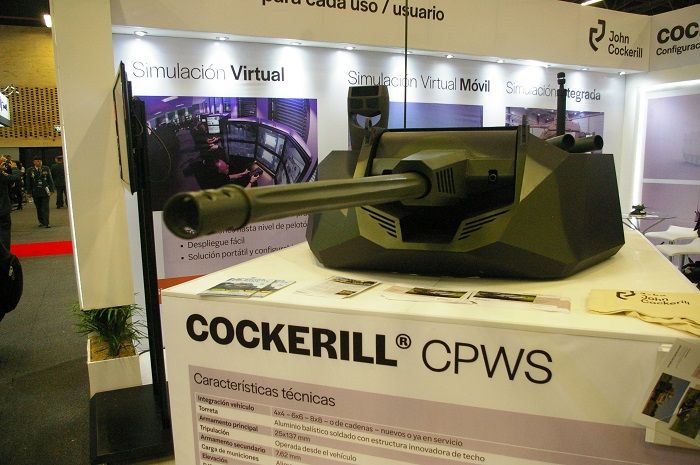 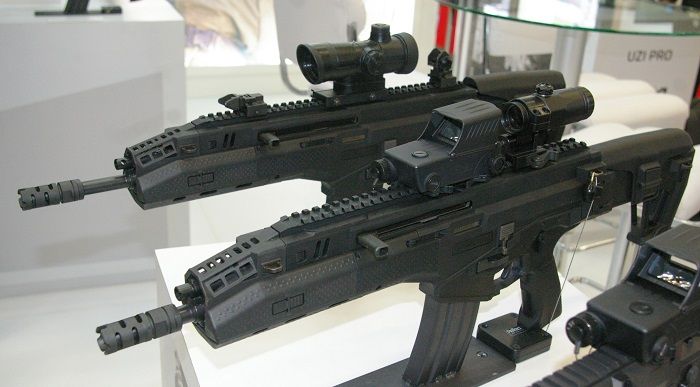