The portfolio of products and services on offer from Airbus at Expodefensa in Bogotá this week encompasses helicopters, fixed-wing aircraft, UAS and satellites.

A model of the H145M was prominent on the Airbus booth, alongside one of the C295, another of an Earth observation satellite (and an S450 spacecraft) and, finally, one of SIRTAP, a new-generation tactical UAS. The H145M in particular – along with its civilian variant – is perfectly suited for Colombia’s unique operational conditions.

Airbus is well represented within the Colombian armed forces, with 17 aircraft in operations, including the C295, a robust, reliable, and versatile new-generation light/médium tactical transport aircraft. AIRBUS’ satellite and space systems showcased a mock-up of an S450 satellite.

Julio Montes from Bogotá for MON 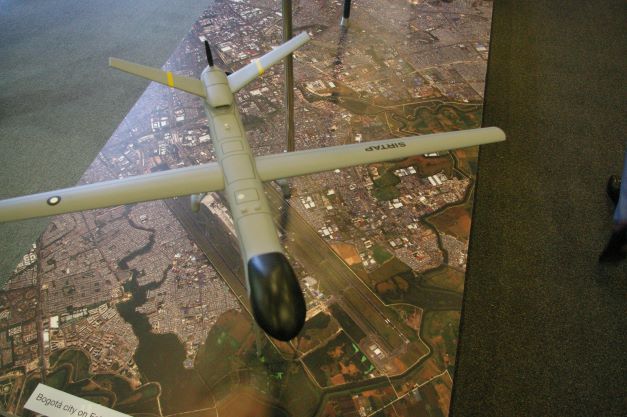