ExoMG, and its nano, micro and cluster product configurations, is a space-proven Hall-Effect electric propulsion system for satellites ranging from 10-300kg, which drastically improves satellite deployment, increases service performances and contributes to reduce space pollution. It has already been selected by commercial and institutional customers in Europe, Asia and North America, including CNES, AAC Clyde Space, ESA, and York Space Systems, among others: ExoMG-cluster2 is a system configuration baselined on three different microsat platforms for both LEO and cislunar missions. 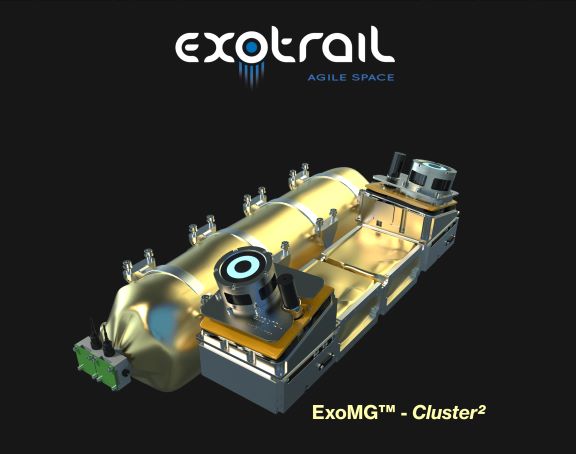