Over 2,000 cyber security experts and decision-makers will be focusing this week on exercise Locked Shields, the world’s largest ever ‘live-fire’ cyber defence exercise, the NATO Communications and Information (NCI) agency stated on 13 April.

Organised by NATO’s Cooperative Cyber Defence Centre of Excellence (CCDCOE), this year’s NATO Alliance Team, led by the NATO Cyber Security Centre, consists of some 60 experts from NCI and other NATO bodies, as well as over ten allied forces. “Locked Shields offers participating nations an unprecedented opportunity to test their skills in a safe environment, while being aggressively challenged by a highly skilled adversary. Each team must defend virtualised networks that are custom-built and include a variety of services and platforms, emulating both civilian and military systems,” explained Ian West, Chief of the NATO Cyber Security Centre.

Locked Shields is a Red vs. Blue team exercise, in which 22 Blue teams are participating this year. Each takes on the role of a national Rapid Reaction Team for a fictitious nation, deploying to assist in managing a large-scale cyber incident with all its implications and consequences. Locked Shields 2021 involves about 5,000 virtualised systems, subjected to over 4,000 attacks.

Participating teams will seek to successfully defend national civilian and military IT systems and critical infrastructure. They will be required to adapt in real time, and deal with multiple sophisticated cyber attacks – providing them with opportunities to test chains of command in a safe and realistic environment. “This exercise cannot be successfully played, especially during this difficult time of COVID restrictions, without an extreme level of dedication and passion for cyber security, and IT in general,” declared Slawomir Roginski, Lead for the NATO Alliance Team. 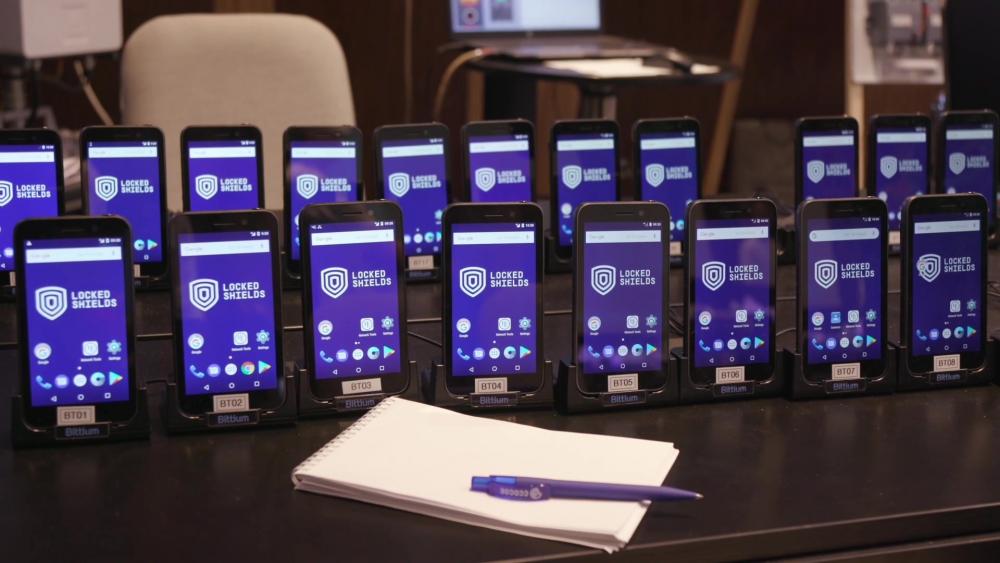 The 2021 exercise will be approximately twice the size of the 2019 iteration, also organised by the CCDCOE and using a game-based approach: (Photo: NATO)
