GDELS shows the prototype of an EAGLE V in an open variant for special forces at Eurosatory. This is an order for Denmark, which had an in-service EAGLE V converted. In the Danish armed forces, it is called the EAGLE Recce Open. It has a permissible total weight of up to 11.5 tonnes, with an extremely high payload. Despite the open roof design, the vehicle has a rotating ring mount for heavy weapons. 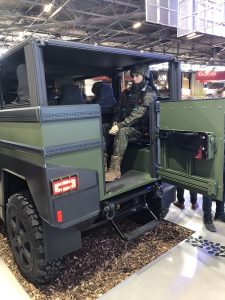 GDELS presented the MERLIN as a world premiere on Monday. It was named after a very fast, agile and manoeuvrable falcon. MERLIN is based on the DURO platform, of which 3,000 are in use in Switzerland alone. Thanks to this platform and a version with a length of 5.1m (height 1.86m), the vehicle can be designed in many different variants. GDELS intends to participate in the airborne platform project for the German and Dutch armed forces. Among other things, a transport variant with a payload of 1.7 tonnes and a troop carrier for 2+8 soldiers are in demand. The Netherlands is looking for a vehicle for 4 soldiers and various kits as well as an ambulance vehicle. In the end, the airborne platform could have more than 15 variants on one base. 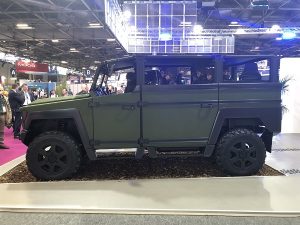 Thanks to the use of the DURO, this solution would be quickly available and could really cover all versions with one platform. MERLIN can be airlifted as an indoor and outdoor load in the CH-53 as well as CH-47. In addition, the roof can be folded down to further reduce the height. The DURO offers high mobility combined with plenty of space or a large payload. Therefore, the concept offers great flexibility for further versions. Protection is provided in the form of a mine guard as well as DM 31 Level 1 protection to the side up to shoulder height. On the outside there are rails for attaching bags or backpacks. 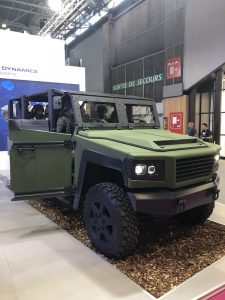 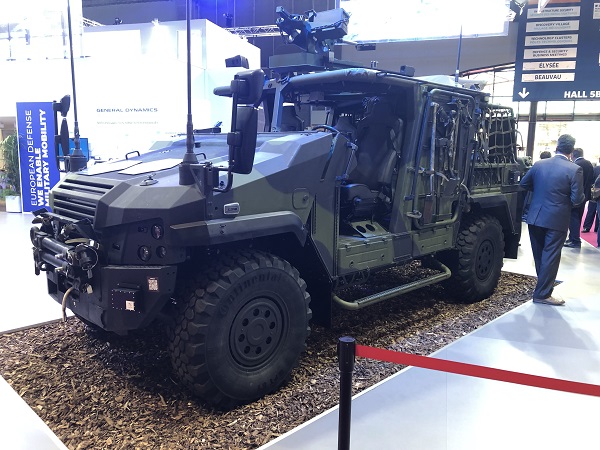