Rheinmetall publicly displayed the new Caracal airborne vehicle for the first time at Eurosatory. The company intends to use the vehicle to enter the competition for the new German and Dutch airborne platform.

Caracal uses a special chassis from Mercedes-Benz, including the propulsion system and drive train. The components used are from the latest Mercedes G 464 model, which also forms the basis for the current G models. The vehicle platform will later be able to accommodate up to 15 different sets of equipment.

Bodywork for the Caracal is being carried out by the Bavarian specialist for protected off-road vehicles, ACS Armoured Car Systems GmbH (ACS). ACS has already delivered this vehicle (as the ENOK AB (Airborne)) to three European states for their special forces and airborne forces. The vehicle has a maximum weight of 4.8 tonnes and can carry four soldiers in its basic configuration. 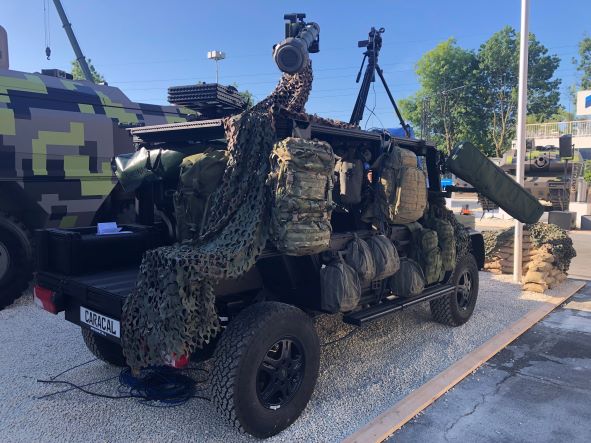