UVision Air and Rheinmetall will showcase the integration of the former’s Hero series of loitering munitions into the latter’s range of manned and unmanned combat vehicles during Eurosatory.

The integrated solution provides frontline forces with a new, independent ability to locate, track and accurately eliminate heavily-armoured targets from long ranges, in challenging battlefield conditions, including GPS-denied environments and communication jamming, without the need for external support. The joint solution provides forces with a combination of advanced ISR and long-range heavy firepower that, until now, could only be achieved by complicated cooperation between multiple units and echelons.

“Our combat-proven loitering munitions respond to growing demand for high-precision weapon systems to suit the realities of the modern warfare. The Hero systems with their unique characteristics are becoming a core required capability of leading armies worldwide,” commented Avi Mizrachi, CEO of UVision.  “Only seven months ago, UVision Air Ltd and Rheinmetall signed a strategic partnering agreement for loitering munitions [which] has already yielded business success. We are confident that the integration that we are presenting for the first time at the exhibition will yield more deals soon.”

The integrated solution on display at Eurosatory is another step forward in cooperation between the two companies, whose strategic partnership leverages their ability to provide the European market with precise, combat-proven weapon systems. 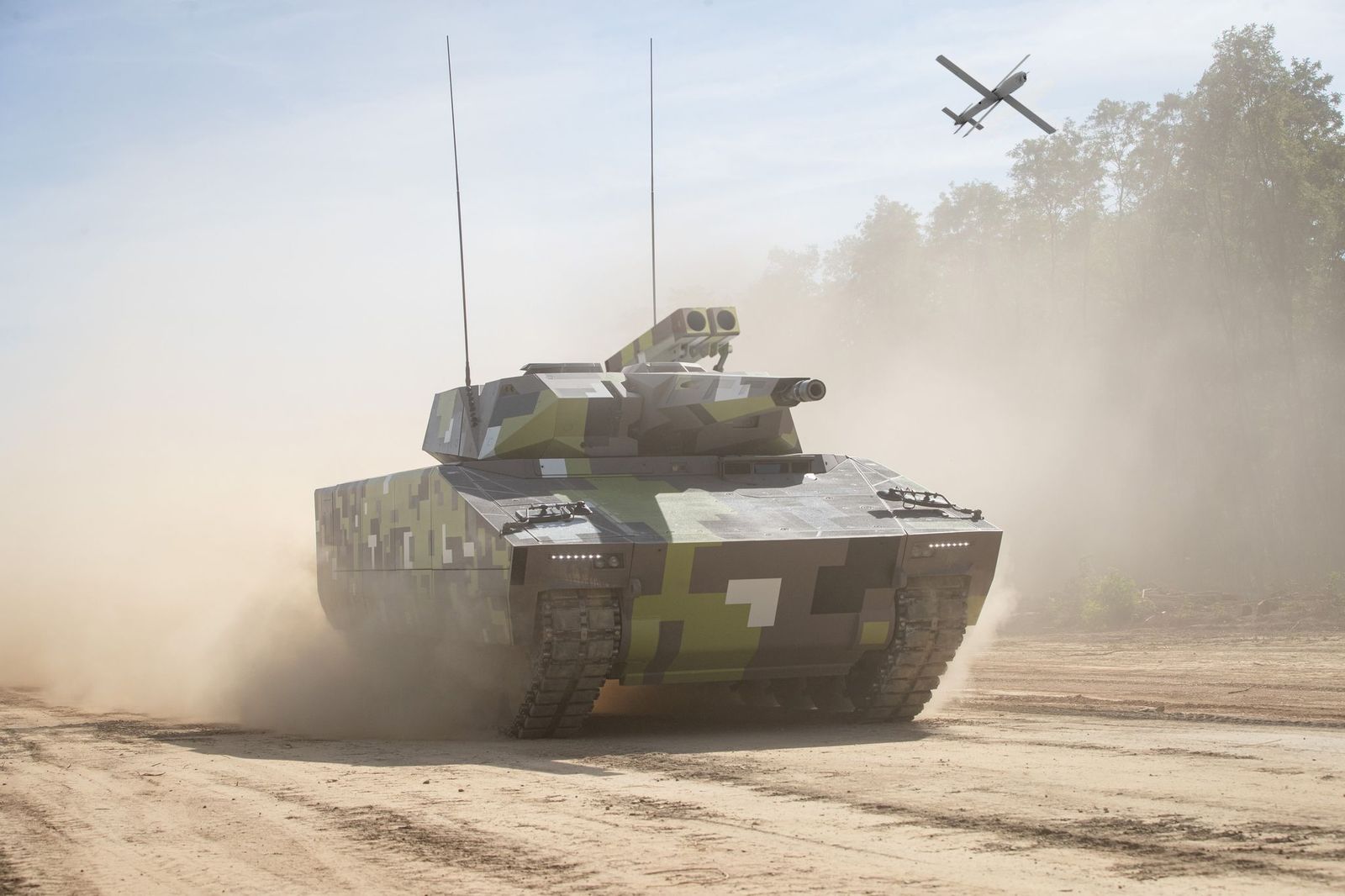 The concept sees Hero loitering munitions integrated with a range of Rheinmetall armoured vehicles, such as the Lynx IFV shown here. (Rheinmetall)