Before a drone can be engaged tactically, it must first be detected and identified. Netline Communications Technologies unveiled a new generation of its DroneNet RD sensor at Eurosatory, with the intent of doing just that.

The rapid deployment (RD) multi-layered protection system can be set up in minutes and now covers all frequency ranges for detection, identification and direction finding. For effectors, it will be used in conjunction with jammers.

The compact system, which is capable of ultra-fast deployment by a small tactical team, can be operated either directly from the control station, or remotely, thus enabling full force protection. At the moment it operates only in a stationary mode, but by the end of the year it should be also capable for operations on-the-move.

During the detection phase, DroneNet searches for activity patterns corresponding to the stored signatures in the 400MHz, 800/900MHz, 2.4GHz and 5.8GHz bands. Once a match is found, the C4I console issues an alert that a drone has been detected, including its type, enabling a finely-tuned and timely response for mitigation. The system also includes a Wi-Fi drone sensor, enabling detection of all commercial Wi-Fi drones available today.

Upon detection, Netline’s DroneNet RD jammer blocks all potential frequencies used by commercial drones.  By enabling jamming of the control and telemetry channel, video downlink transmission and all GNSS signals, the DroneNet RD jammer enables the user to achieve the desired effect for a range of threat scenarios.

The manufacturer attaches great importance to the fact that the system is easy and with a low training burden, since everything is combined into a single sensor. The current version covers an even wider range of frequencies, with frequency bands and other issues customizable to customer requirements, given compliance with pertinent Israeli export regulations. The next development will be to increase the bandwidth of detectable frequencies even further, and to add military frequencies. In addition, the precision of identification is to be increased once again. This will lead to a more accurate and coherent picture of the situation. 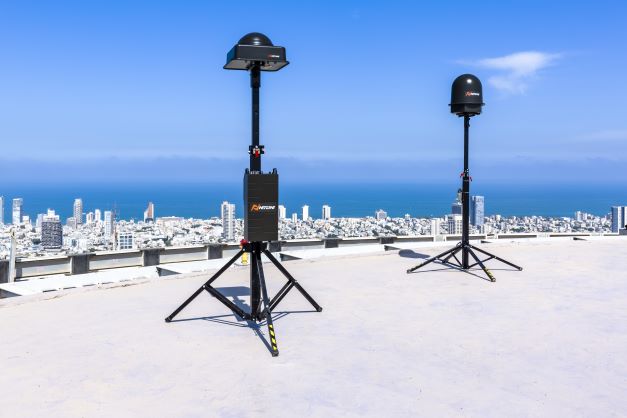 DroneNet RD jams all potential frequencies in use by commercial drones. (Netline)