Netline Communications Technologies will use Eurosatory 2022 to launch an upgraded counter-drone sensor.

The DroneNet RD Sensor – where RD designates ‘rapid deployment’ – now covers “all frequency ranges for detection, identification, tracking (localization) and mitigation (jamming) of hostile drones,” according to the company, which claims a “near-zero false-alarm rate” for the system, thanks to its use of a software-defined radio receiver in the identification phase.

During detection, the device scans for emissions in four frequency bands – 400MHz, 800/900MHz, 2.4GHz and 5.8GHz – and compares any signals to known signatures stored in memory. The device also incorporates a wi-fi sensor, so can detect drones flown via that technology. Once the system completes the identification process, the system’s jammer will, the company says, block “all potential frequencies used by commercial drones“. This affects both C2 links and any data downlinks, preventing malicious users from operating the vehicle or receiving information from it.

“The new generation of the DroneNet system is better than ever, suited for tackling the more comprehensive variety of drones that are in operation today,” Netline CEO Yallon Bahat stated. “By detecting and blocking all frequency ranges used by commercial drone manufacturers around the world, and with the combination of fast deployment, small size and weight, excellent performance and the option for remote operation, the DroneNet gives tactical forces the agility to operate in a wide range of scenarios, while providing a higher level of protection. Netline’s systems have been operationally proven for over two decades, and we are already seeing interest from our customers around the world in the new generation of DroneNet.” 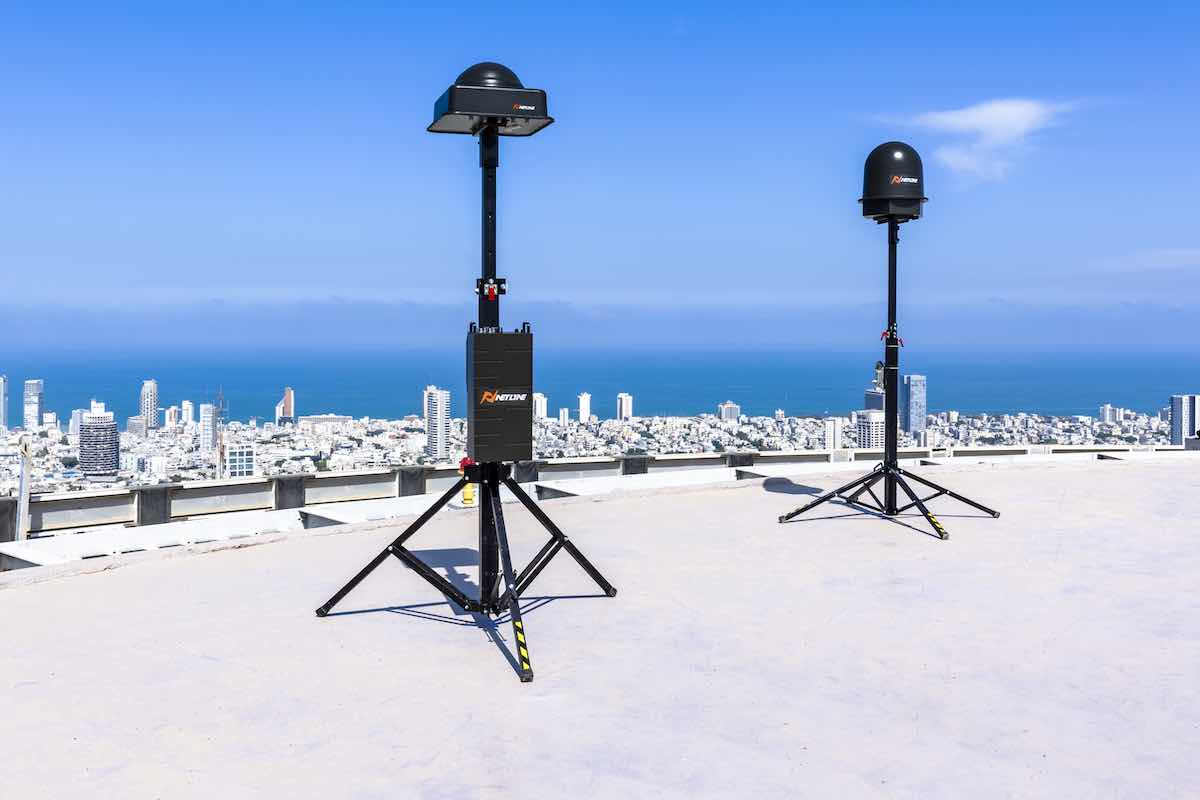 The DroneNet RD system can be set up quickly by a "small tactical team". (Netline)