Carboteh, a spin-off of Guardiaris, will present what it terms “a real war-changer” at Eurosatory – the Battlefield Anti-Aircraft Non-Lethal VSHORAD (BANS) system.

BANS introduces effective anti-aircraft defence without a single shot being fired. The light shoulder-operated weapon simulates a missile launch pattern that digitally stimulates an aircraft’s missile launch warning and detection system, triggering its alarm. The combat aircraft or helicopter is forced to immediately dispense countermeasures with flares, extensive use of which leaves it vulnerable to anti-aircraft missiles. Pilots must then either abort their mission or remain at risk from VSHORAD missiles.

The system redefines the modern approach to air defence with a new philosophy and design. Battery-powered, it delivers up to 500 simulated missile launch activations. It is easy to use, with no specific training needed and very cost-effective. BANS devices can thus be widely distributed throughout the battlefield with a swarm attack logic, thus significantly shifting the course of future airstrike missions.

BANS has multiple applications, the most effective being when used in tandem with MANPADS, SHORAD or mounted on an RCWS or drone. This results in significant increases in target hit probability. BANS offers a vision – the revolution of VSHORAD tactical warfare. 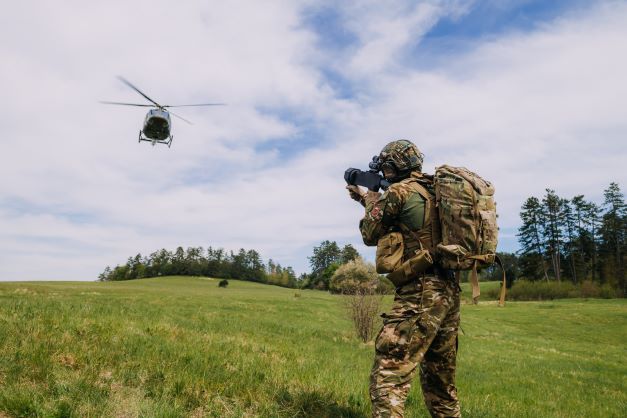