Camero-Tech, an SK Group company, is launching the Xaver 1000 pulse-based UWB micro-power radar at Eurosatory – the next iteration of the celebrated Xaver family of systems offering military and civil authorities the facility of ‘seeing’ through solid walls.

With an AI-based tracking algorithm for live targets, and its own 3D ‘Sense-Through-The-Wall’ capability, enabling it to detect and ‘see’ people or static objects behind walls and obstacles, the Xaver 1000 has the discrimination to be able to identify live objects down to the level of specific body parts. This includes whether an object is sitting, standing or lying down, even after they have been stationary over a long period. The system also enables users to measure the height of objects and decide whether they are adults, children, or animals, resulting in a clear operational advantage and the ability to ‘step into the known’.

Operated by a single user, and ready for use with the push of a button, the Xaver 1000 is optimised for tactical and ISR operations, making this an essential system for military, law enforcement, SAR teams and intelligence units on missions from operating in hostile urban environments to managing natural disaster sites.

“The Xaver 1000 determines the most suitable approach to ensure successful life-saving missions in a variety of operational scenarios, such as hostage rescue situations,” offers Amir Beeri, Camero CEO. “A high-resolution 3D view and other powerful tools of the system provide an exceptional level of situational awareness. Being able to achieve a high level of sensitivity, the Xaver™ 1000 is a true game-changer for special forces and law enforcement teams conducting urban and rural operations that require reliable information regarding hidden live objects.” 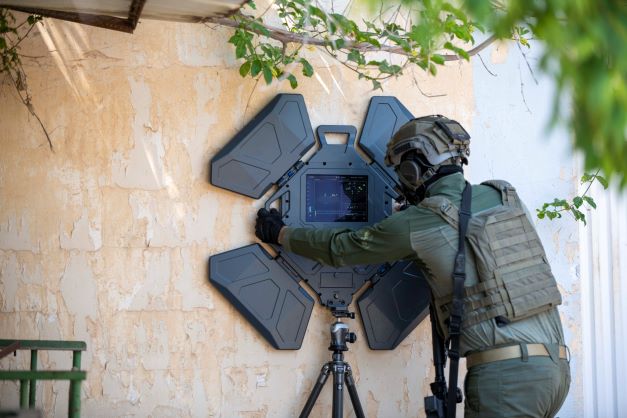