On the first day of Eurosatory, ARQUUS and MICHELIN officially signed a partnership to collaborate on research and development matters of common interest for both companies. European leader of land protected mobility, ARQUUS is pleased to “officialise” this agreement with MICHELIN, the global leader of tyres. ARQUUS, a French defence company and leader of land mobility solutions. has more than 25,000 vehicles currently in service in the French Army. A member of the AB Volvo Group, ARQUUS takes part in the VBMR GRIFFON and EBRC JAGUAR programmes, which are the new generation of the French Army’s combat vehicles, in the framework of a Temporary Grouping of companies.

ARQUUS and MICHELIN have already collaborated on an ad hoc basis on mobility solutions, but this signing represents a major step forward for future developments. Among the subjects envisioned, adaptive mobility is a major subject. MICHELIN has notably developed anti-puncture solutions such as the Tweel© airless tyre and remote inflation systems. Originally designed for construction sites or the agricultural sector, these technologies are extremely relevant in the defence sector.

Predictive maintenance is also a subject of interest for both teams of ARQUUS and MICHELIN, due to the very long-life cycle of military vehicles, up to and above 40 years in several cases. This topic has also to be studied from an environmental perspective, to reduce the footprint of each vehicle and each tyre as much as possible.

Mobility is at the heart of ARQUUS’ priorities, whether for troop transport, reconnaissance, or combat. Vehicle adhesion is of utmost importance, especially on demanding slopes or inclined planes where military vehicles are regularly tested, right down to the tyres which play a major role in vehicle mobility.

The new partnership joins ARQUUS’ requests of excellence and French expertise. This partnership is also in line with ARQUUS’ origins, which are partly in the civilian automotive industry. 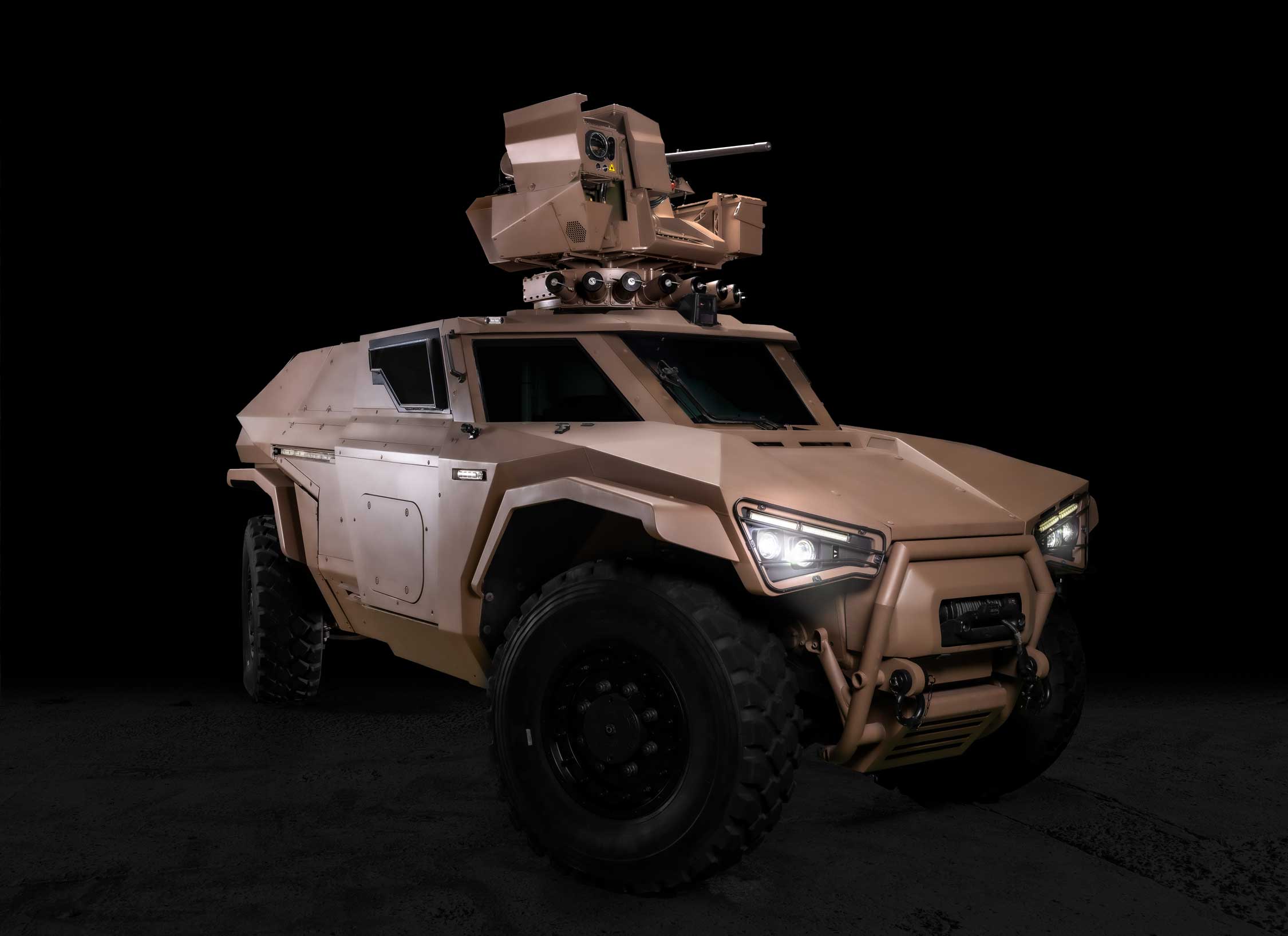 The SCARABEE is the land forces’ combat system of choice. The highly agile and flexible vehicle has been equipped with new Michelin tyres for Eurosatory. (Photo: ARQUUS)