Aimpoint is showcasing a mock-up of a new Fire Control Sight (FCS) 14, developed for the MBDA Enforcer, at Eurosatory 2022.

The definitive difference from the FCS 13 lies in the latest model’s ability to both send a receive target information. This enables it to communicate with other FCS 14s or a battle management system and, for example, hand over targets to other troops.

FCS 14 is expected to be available as an optic, possibly without the full set of features, from 2024. It will also be able to take a thermal imaging attachment as a clip-on from a third-party supplier, thus also ensuring night combat capability.

The MBDA Enforcer is currently being introduced as Wirkmittel 1.800+ by the Special Forces of the German Army. 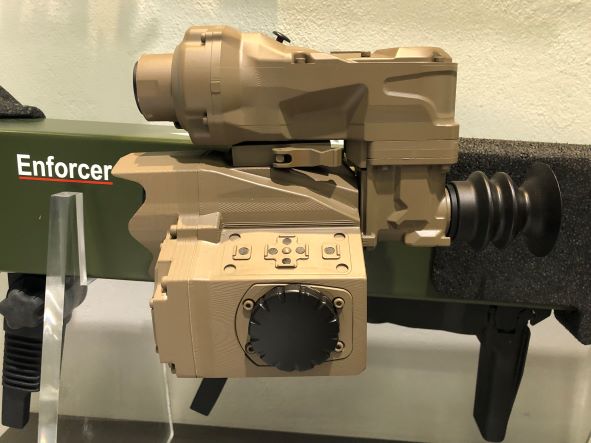