A prototype of France’s JAGUAR 6×6 armoured fighting vehicle (AFV) was unveiled ahead of Eurosatory 2018 at Nexter’s premises in Satory on 16 May.

The vehicle, a joint programme between Nexter, Renault Trucks (now Arquus Defense) and Thales, is the second of two prototypes, both of which are exhibited at Eurosatory, one at the Nexter stand and the other at the French Ministry of Defence stand, along with a GRIFFON 6×6 armoured vehicle.

The JAGUAR and GRIFFON are part of France’s Scorpion programme, which also includes the upgraded LECLERC main battle tank and the VBMR LEGER 4×4 vehicle to replace the French Army’s ageing AFVs. They will share common Scorpion vehicle electronics (vetronics) and information among themselves through the Scorpion Communication and Information System (SICS) and CONTACT radio network.

The 25t JAGUAR has a 500hp engine producing a top speed of 90km/h, with a range of 800 kilometres. It features rear-axle steering, variable ground clearance, and 14R20 tyres with a central inflation system and run-flat system.

The vehicle has a stabilised two-man turret with a CTA International (an equal-shares joint venture between Nexter and BAE Systems) 40mm main armament and 7.62mm secondary armament in a remotely operated turret, as well as a missile pod with two ready-to-fire MMP anti-tank missiles, plus two reloads. It also has a small arms detection and locating system, laser warning receiver and BARAGE jamming system, and can be fitted with modular protection kits, DIAMANT active protection system, laser warning receiver, and missile approach warning system. 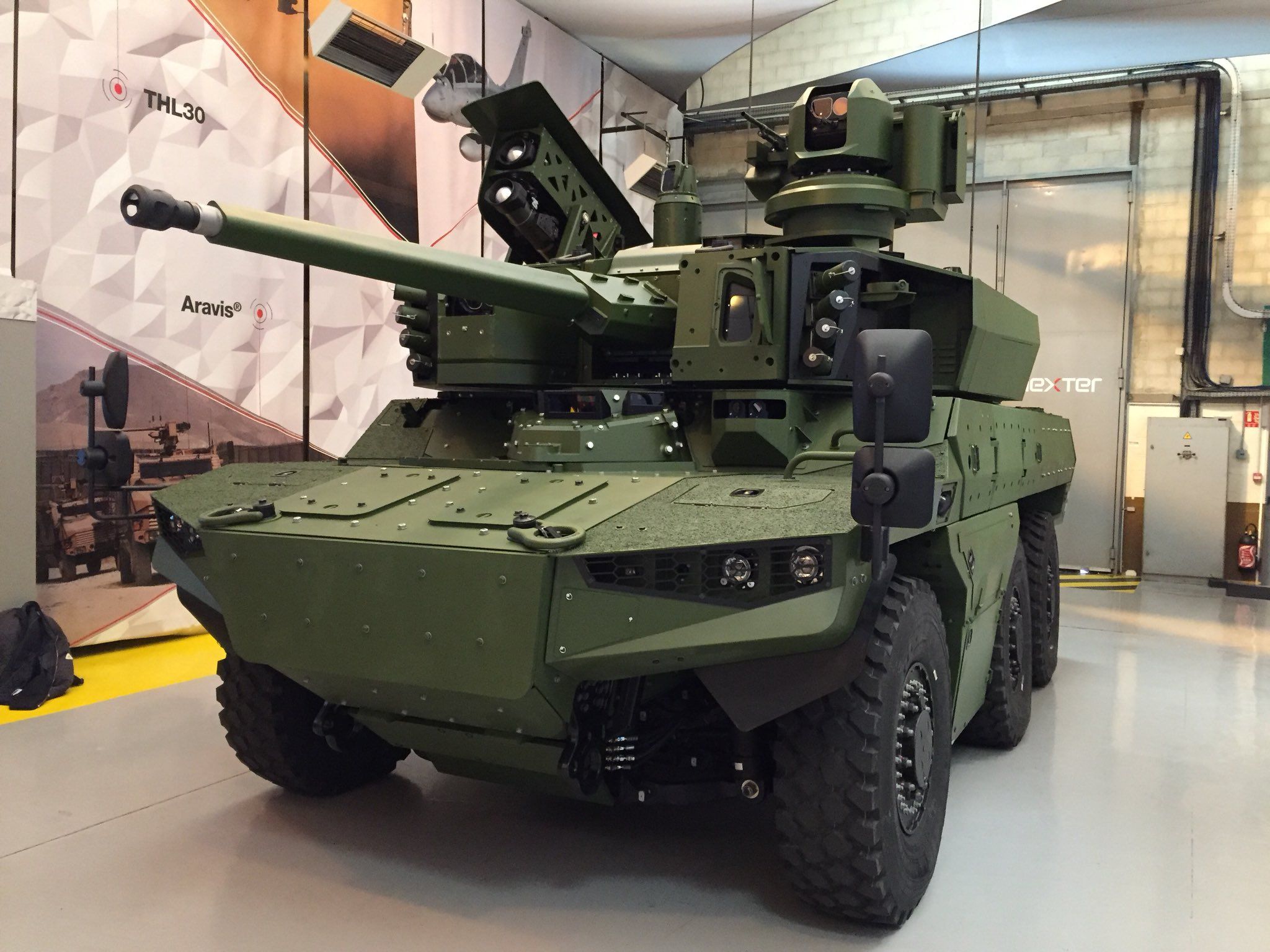