With a GVW up to 18.5t, the PANDUR 6X6 EVO in its Armored Personnel Carrier (APC) configuration has been selected by the Austrian Army. Due to its new innovative hull design, driveline technology, and power-pack, the compact 6×6 vehicle provides a significantly increased level of protection, payload, and mobility while accommodating a crew of 11 soldiers (3+8). At Eurosatory, the PANDUR 6×6 EVO is fitted with a 12.7mm Remote Controlled Weapon Station. 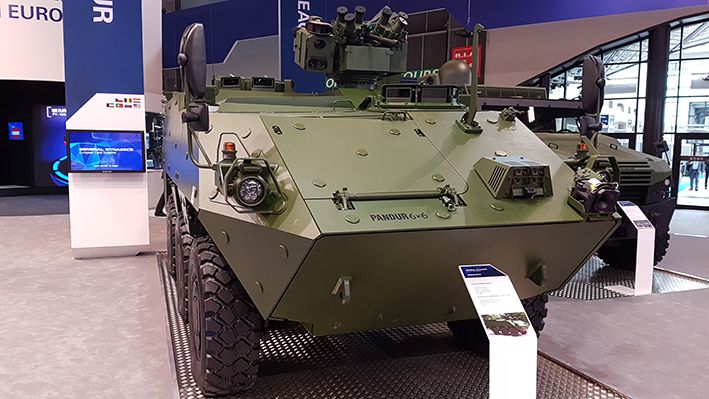