EU defence ministers gave the green light on 17 May to the establishment of a Hub for EU Defence Innovation (HEDI), a platform created within the European Defence Agency (EDA), with the aim of boosting Member States’ cooperation on defence innovation.

The decision follows calls made last year by EU leaders for a strengthened focus on defence innovation. The hub was then included in the March 2021 Strategic Compass.The need to boost defence innovation, particularly in the so-called ‘emerging and disruptive technologies’ (EDTs), stems from the imperative to align European industry with current global innovation challenges, such as those coming from China or Russia.

“With the rapid development of new and often disruptive technologies and their fast weaponisation, innovation has become a geostrategic factor shaping the international security environment and the global balance of power,” EDA’s Chief Executive, Jiří Šedivý, commented.

According to EU High Representative Josep Borrell, the hub will have important operational implications, and “will help EU armed forces to step up their innovation efforts to be better prepared for the future battlefield and the next generation technologies”.

The activities to be developed within HEDI will be in line with the priorities already agreed by member states, including development of defence capabilities such as space-based information and communication services, air superiority and others included in the EU Capability Development Plan. Development of the hub and its activities has been articulated in three different phases, each one entailing different activities.

With the first, the hub will promote innovation through networking and situational awareness activities, such as the European Innovation Day on 31 May, and by setting up stakeholder groups, workshops, and networks of defence innovation organisations and researchers. All this will also contribute to create a “common picture” of defence innovation in Europe, according to EDA.

The third step will definitely make HEDI an EU-wide platform for cooperation in design and experimentation of innovative defence technologies – but details are still to be defined by member states.

The decision was made in the context of EDA’s steering board, which also discussed an analysis of defence investment gaps within the EU, which includes immediate, short-term (2022-2023) and mid- to long-term perspectives. The Commission is presenting further details on the analysis on 18 May. The analysis is part of the tasking given to EDA by EU leaders in their meeting at Versailles last March. 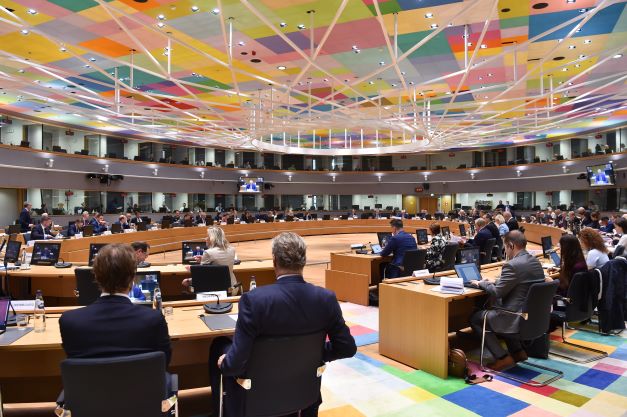 EU leaders have approved the establishment of the Hub for European Defence Innovation (HEDI). (EU)