The aircraft, a Beech KING AIR 350ER, was ferried to Sweden last August, where Bromma Air Maintenance has been conducting the necessary modifications and painting in the colours of the Estonian Police and Border Guard. Training of pilots and systems operators has been taking place in parallel.

To be used for environmental patrol and aerial surveillance, the aircraft was scheduled to be delivered at the end of May. The €16 million value of the contract has been primarily funded by the EU Cohesion Fund.

The MSS 7000 is the latest generation of maritime surveillance system from ST Airborne Systems and is a development of the very successful MSS 6000, which the Estonian Border Guard has had in operation on a LET 410 aircraft since 2007. Estonia is, in effect, the launch customer for the MSS 7000.

The MSS 7000-equipped aircraft provides a superior working environment. Ergonomic seats are installed for two system operators and two observers. The operator consoles have been designed to give the operator immediate access to all functions of the system. Two identical consoles allow the operators full flexibility in sharing the work load. A full communications suite ensures real-time coordination with cooperating units and mission command at all times.

The search radar, EO/IR sensor and IR/UV scanner are housed in a radome under the belly of the aircraft for protection and optimised functioning. The EO/IR sensor is mounted on an elevator for maximum field of view in flight and maximum protection during take-off and landing. The sideways looking airborne radar antenna is installed under the tail of the aircraft.

The operator console has two large 23in touch screens and several new features to facilitate ease of operation and accurate situational overview. Sensor data, maps and reports are presented in pre-assigned windows with pre-assigned locations on the screen. There are several dedicated pre-defined window profiles, each one optimised for a specific mission type. The operator can at any time switch between the mission types and/or save a personalised configuration. All sensor data is correlated, recorded and can be overlaid on the digital map. New features include an integrated ship database interacting with functions for target correlation and filtering. A media centre facilitates analysis and handling of videoclips and camera snapshots. A time slider makes it possible to go backward and forward in time, when reviewing how situations have developed in the course of a mission. 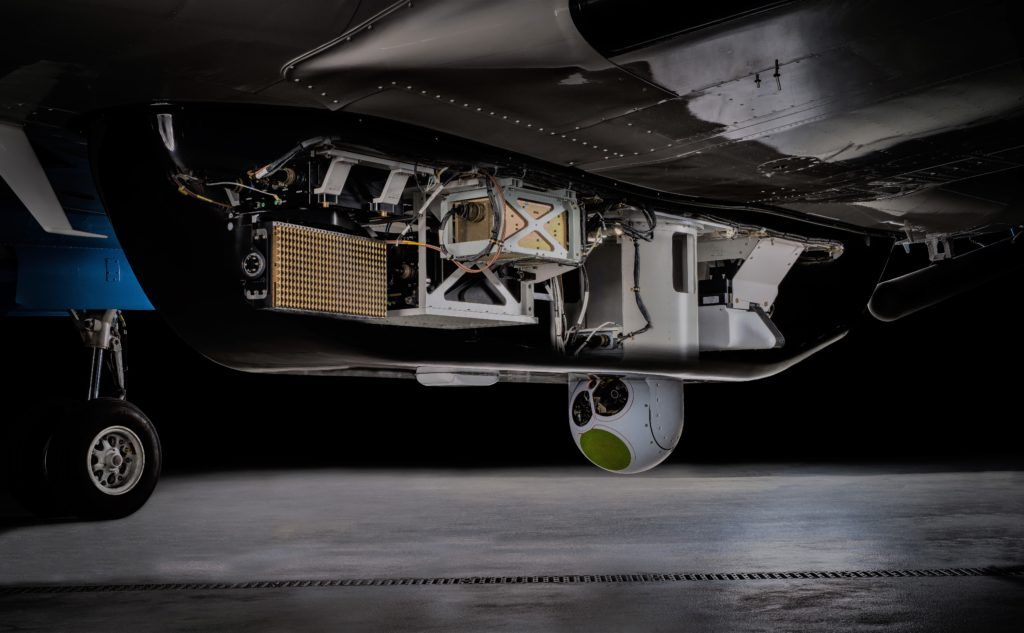