Among the systems showcased were two Rheinmetall MISSION MASTER UGVs, integrating Escribano’s GUARDIAN 2.0 station and OTEOS electro-optical system. The vehicles showed capabilities such as ‘follow me,’ autonomous navigation and convoy mode, as well as data sharing and target cueing.

Also demonstrated was the established ‘Remote Drive’ solution, using a VAMTAC vehicle integrating the GUARDIAN 2.0. The system was developed in conjunction with INTA and INSIA, a research body of the Polytechnic University of Madrid, under a National Armament Directorate programme contracted in 2018. A contract for the supply of 83 driving camera systems was awarded last year.

Finally, the technical maturity of the GUARDIAN 30 station was shown, integrated on to a Spanish Marine PIRANHA vehicle. This is one of the weapon stations proposed for the Spanish Army’s new 8×8 armoured vehicle programme.

Escribano is investing in and expanding its capabilities, to become a national technology reference point and with an eye on the future 8×8 DRAGÓN programme. It intends to have its own testing ground for training, testing and validation of systems aimed at strengthening the capabilities of Spain’s defence industry and providing training facilities for the armed forces. 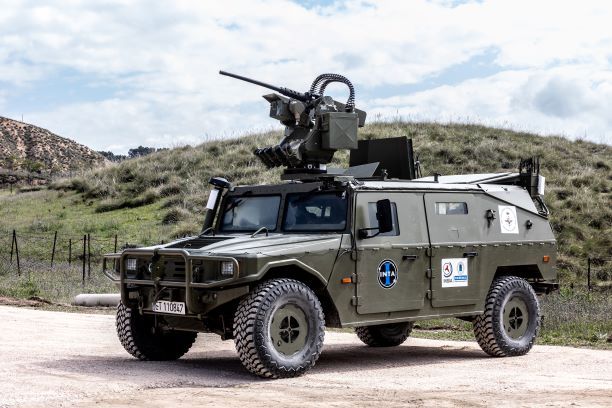