24 Passive Hydrogen Masers to be Delivered from 2023

Leonardo, which built more than 70 atomic clocks for the first generation of GALILEO, is to supply ESA with passive hydrogen maser (PHM) clocks for the 12 new satellites. The most accurate atomic clock ever made for space applications, the PHM accumulates an error of as much as one second every three million years. It is a key contributor to GALILEO’s superior ground accuracy, in the region of 30cm. Two masers will equip each satellite and Leonardo will deliver the first 12 devices in 2023.

The company will also provide its skills in in-orbit support: a highly qualified team will provide assistance and advice to the EU Agency for the Space Programme (EUSPA), the exploitation manager for GALILEO, in analysing instrument operation, thus improving customer support services for European partners.

To support manufacture of the PHMs, Leonardo will expand the area of its Nerviano plant dedicated to the programme, adding two shielded areas, two external thermo-vacuums, and areas for testing and integration of electronic boards and for storage, ensuring a completion drumbeat of two clocks every six weeks. 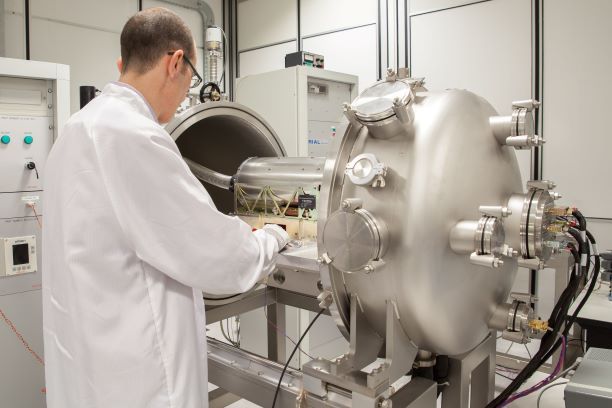 Leonardo will build 24 passive hydrogen masers, each of which is accurate to within one second in three million years! (Photo: Leonardo)