A 19-strong consortium of firms has won a contract from the European Space Agency to design, build and operate a new Cyber-Security Operations Centre (C-SOC).

The award involves 19 companies from Italy, Belgium, France, Germany, the UK, Estonia and Romania, with Leonardo in the lead. The Italian firm announced the news in a brief statement which gave no details of the other 18 firms, or indication of the value of the contract. The announcement suggested that Leonardo’s experience leading the NCIRC (NATO Computer Incident Response Capability) programme was key to their success with this bid.

“Ensuring the cyber resilience of space resources is crucial for Europe’s economy and civil security in a scenario which is characterised by an increasing hybrid threat and growing importance of satellite data in accessing essential services for citizens’ life and the activities of companies, countries, and global decision makers,” Tommaso Profeta, MD of Leonardo’s cyber security division, said in the release.

The statement said that the C-SOC will provide resiliency and redundancy through a distributed architecture. No location was given for the centre, though the ESA already operates a Security Cyber Centre of Excellence at its ESEC (European Space Security and Education Centre) in Redu, Belgium. As of 2019, ESEC was “planned to become a European reference centre for cyber security services, operated by industry with ESA being the ‘catalyser’ of the interests in cyber security and the owner of the part related to space,” according to the ESEC page of ESA’s website.

In December 2020, a consortium led by RHEA Group of Belgium signed a five-year contract with ESA to establish the CoE at ESEC. In February 2021, RHEA Group CEO André Sincennes said his company was “awarded a phase 1 contract earlier in 2020” for a C-SOC. In September last year, Lausanne-headquartered Guardtime said it had been contracted, along with RHEA, to “participate in the provision of security engineering services required by the ESA’s first Cyber Safety and Security Operation Centre (C-SOC) Phase 1,” referring to the C-SOC as a “multi-platform distributed Cyber Security Operations Centre.“ 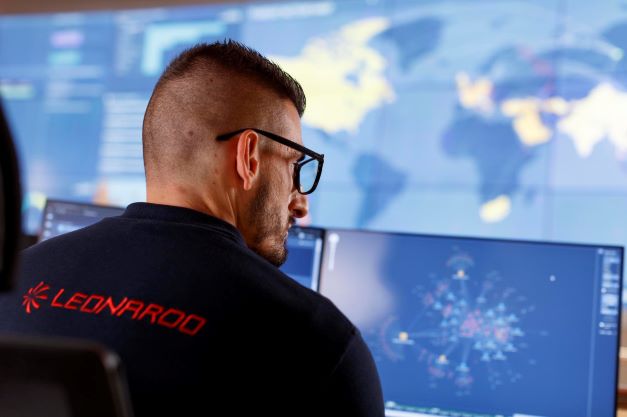