UF PRO brings its range of Striker tactical gear in CONCAMO to Enforce Tac. This innovative camouflage pattern provides cloaking effectiveness thanks to its prowess at sending subconscious brain signals into disarray.

CONCAMO, or, confusion camouflage, employs a novel and highly sophisticated design to prevent the mind from correctly making sense of information supplied by the eyes while gazing in the direction of a CONCAMO wearer.

“CONCAMO scrambles brain signals way down deep, at the subconscious level,” Armin Wagner, UF PRO Head of Product Development, explains. “It does a remarkable job of keeping wearers hidden, even when they are literally just meters away from the observer. It makes the wearer invisible to an extent that really must be experienced to be fully appreciated.” 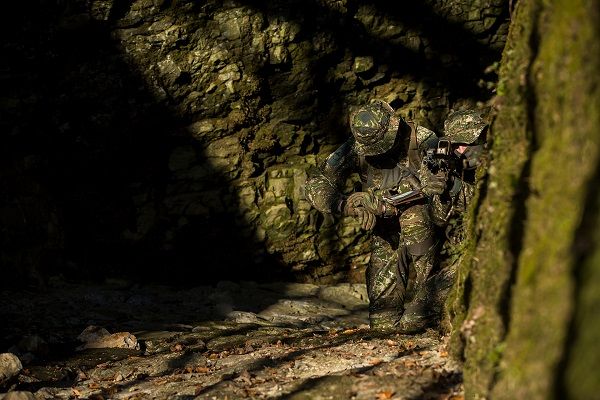