MONCh (M): Your naval and coast guard portfolio has expanded and evolved quite a bit since we last spoke, to the point where you even have a Team Middle East.

Shehraze Shah: Yes. The most recent important programme that we have been part of was the US Navy’s award earlier this year for the detail design and construction of the first Landing Craft Utility (LCU-1700) surface connector. This craft will replace the LCU-1610 that dates back to the late 1950s. The Navy will also make this design available for allied forces as well – the Royal Australian Navy and Royal British Navy. Some other navies have requested this particular platform to be built for them. We are working with the US Navy’s Program Office PMS-377 (Amphibious Warfare Program Office) so we can start production on the first craft in April 2019 and use that model to talk to international partners.

M: And Swiftships also has a flurry of activity in Asia.

Shehraze Shah: The East Asia market is another important area for us. We are working with the Hong Kong Police Force, which is more of a police/coast guard department, to build up a portfolio. I am personally working with them to give information on which platform will be a best fit for their operating environment. In Viet Nam, we are working with the navy and coast guard to upgrade some of their smaller platforms. In Pakistan, the nation is attempting to fund kits to build their own platforms for a class that I cannot name yet. We are assisting them so that, starting this year of hopefully next year, they can build these at the Karachi Shipyard and Engineering Works Ltd. (KSEW), with whom we’re setting up a joint venture.

M: What about Team Middle East’s increasing pace of activities?

Shehraze Shah: We are diligently working with Lockheed Martin to put the 35m [115ft] FPV plan together – with four Lockheed Martin-built frigates based on the company’s US Navy Freedom-class Littoral Combat Ship – for the Royal Saudi Navy. These ships will be built in country under a build-operate-transfer programme. Swiftships is also working with an unspecified Middle East navy and special forces to put a co-production plan together. The last time we spoke we were working with the Kuwait Naval Force on a 95m platform, and we are awaiting funding and authority to proceed. The Iraqi Navy and Swiftships have a long-standing relationship – we’re working with the Iraqis on a day-to-day basis on their continuous life cycle support (CLS), which allows us to materially manage their fleet. We’re discussing with them the opportunity to upgrade their 35m patrol boats, built by Swiftships, to a 45m missile boat programme. Swiftships has also been building two 35m patrol boats for the Royal Bahrain Naval Force at our Morgan City yard – we’re about seven months along on these.

M: How is the price of oil impacting Middle East defence programmes?

Shehraze Shah: Although oil prices have been increasing, and that is a plus for everyone, the nations had cut their budgets and are now determining how to best use that new money toward defence spending.

Shehraze Shah: The most prominent is in Egypt, as Egyptian Navy and Swiftships work together as partners. We’re building eleven 28m patrol boats in Egypt as a co-production programme. We have been notified to start their 35m patrol craft requirement – going from a steel hull to an aluminum hull – to provide the ‘fast response’ called for by President el-Sisi. This will be one of their key programmes as well.

M: Co-production appears to be important to Swiftships.

Shehraze Shah: Others see our success in Egypt. The Middle East is all about ‘We want that capability to be done the same way in our country.’ A key strategic element for us has been to keep co-production alive. While we are building at home, we want to build overseas as well.

M: Co-production is one Swiftships strategic element. Others?

M: Other developments around the globe?

Shehraze Shah: We’ve been notified by St. Lucia, a small country in the Caribbean, that we won a contract to build one 25m coastal (fast) patrol craft. We’re also working with Ecuador for the same requirement – its own coastal patrol vessel.

M: How are your repair and other life cycle support efforts, beyond Iraq, progressing?

Shehraze Shah: We’re working with the US Army on the service life extension programme for its Landing Craft Utility-2000 fleet. We’re now on contract to convert a US Air Force parasail vessel into an Osprey landing platform. Also, being focused on maintenance in the US, we’ve been awarded an Air Force contract to overhaul their 36m missile retriever-class. In all, 2018 was a major year for us to get more into the repair business.

M: Swiftships’ naval portfolio has a mix of aluminum and steel hulls, with major implications, including the need for aluminum welders and other unique construction support at certain times.

M: You also appear to have preferred partners, suppliers and other partners in the naval market.

Shehraze Shah: Our preferred partners include the US Navy (Naval Sea Systems Command). We love to work with them on foreign military sales and other programmes. They will come to us and present a problem, and we’ll tell them exactly what the solution is. Preferred vendors, our subcontractors, who work with us on the engineering side include McGard, who has become a very strong partner. Large top-tier integrators include L3, Raytheon and Lockheed Martin, who lead the charter as preferred integrators. From the platform side, Caterpillar and MTU are the two largest. For electronics, we have Beier Integrated Systems (Mandeville, Louisiana) – they are recognized all over the world for integrating bridge systems and other work. From the client perspective, for other navies of the world, we have a great relationship with the Egyptian Navy. We have an awesome past performance and relationship with the Iraqis. We are also strongly affiliated with the Royal Bahrain Naval Force – we have built for them since the 1980s [Al Jarim Swiftships 65ft Patrol Boat].

The Royal Saudi Navy is coming on strong. The US Army has become a true partner for us because they see how well we can handle the platform, and they like our business model. There are others!

M: What should MONCh be particularly attentive to from Swiftships in 2019?

Shehraze Shah: Lots of navies in MENA are eyeing a huge increase in demand for new platforms because of the increase in oil prices. The navies have already started down-selecting what they need. We’re going to stay focused on this shift, and we’ll probably have a huge share of the riverine-type craft in the patrol boat industry – 30%-40% of the MENA region’s share in this sector, alone. And Southeast and Central Asia will be added to the list. We’re planning to build in the US and overseas in co-production partnerships. And the US Department of State continues to work very well with us – understanding, in part, that ‘knowledge transfer’ doesn’t mean giving a client the design, but to educate and help our client learn every facet of production

M: Thanks for taking time to speak with MONCh.

Shehraze Shah: It’s always a pleasure, and I appreciate this opportunity! 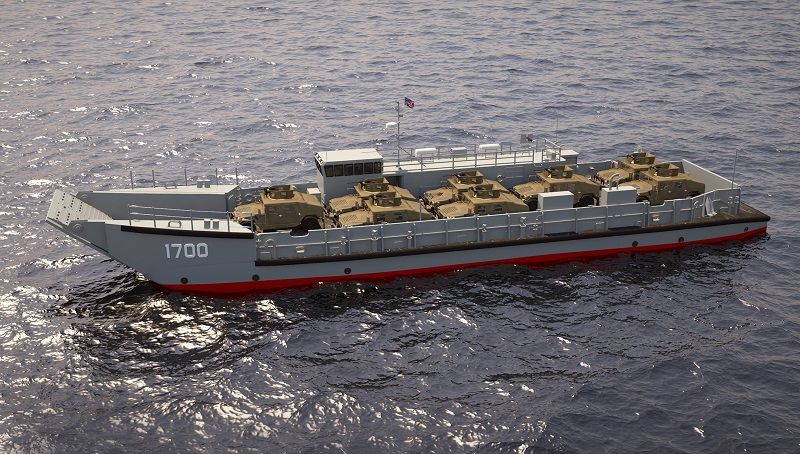