Elettronica’s systems are in service in the armed forces and security agencies of more than 30 countries, fulfilling a variety of key operational missions, from strategic surveillance to self-protection, signals intelligence (SIGINT), electronic attack and operational support for naval, airborne and ground applications. Elettronica Group boasts a long-standing tradition in the naval sector and a strong record of successful domestic and international collaborations on key modern military platforms such as the Italian PPA, the Italian and French HORIZON and FREMM ship classes, the NFH-90 helicopter and a wide range of projects in the Gulf, Middle East and Asia. The distinctive features of its products are high sensitivity, high accuracy, a fully automatic surveillance function, and data processing for intelligence analysis. The performance of Elettronica’s last generation products have been further improved, increasing sensitivity and accuracy.

In a complex maritime background, the proliferation of commercial traffic at sea dramatically increases the congestion of the electromagnetic environment with unwanted signals. The intrinsically asymmetric conditions of operations are now making protection against electro-optical/infrared (EO/IR)-guided threats an increasingly important requirement for active countermeasures. Concepts of operations and user requirements for surface ships are constantly changing, due to increasing requirements for using these platforms in peace-keeping operations, military operations other than war, border surveillance against illegal traffic, and support for operations in Exclusive Economic Zones (EEZ). In a scenario in which ambiguity, uncertainty and complexity are the new variables characterising military operations, the deployment of EW assets is changing accordingly: EW is more important than ever.

At Euronaval, the spotlight is on the latest, next-generation, fully European self-protection Direct InfraRed Countermeasure (DIRCM) solution for naval applications. DIRCM laser propagation is achieved via an Elettronica-designed multiple band laser system, based on European Quantum Cascade Technology, which is able to generate beams from the typical mid-wave IR bands up to the innovative set of cold bands, designed to overcome specific maritime weather conditions. This capability has been successfully tested in multiple scenarios and makes full use of Elettronica’s experience matured in many international projects. The immediate benefit includes the ability to address man-portable air defence missile threats, including third-generation threats, which are also used by pirates in an unconventional manner against surface vessels. In addition, the system, when combined with the use of flares according to a sequence of jamming techniques performed by the EW Manager, represents a really effective way to counter fourth-generation imaging IR missiles.

New military and security challenges are proliferating globally in the form of new and lethal threats, one of which is the massive growth in the use of drones. The detection, identification and neutralisation capability against mini- and micro- unmanned aerial vehicles (UAV), flying near sensitive areas or critical infrastructure such as harbours, oil platforms, EEZ protection vessels, etc., is thus an emerging challenge to be confronted. Elettronica Group’s successful Anti-Drone Interception Acquisition and Neutralization (ADRIAN) system, is being further developed to improve capabilities for confronting these requirements. The company is already working to provide Italian air and ground forces with this capability, as well as a country in the Middle East.

Euronaval also offerw Elettronica the opportunity to showcase an advanced EW suite for naval applications, initially developed from requirements for the Italian Navy’s PPA vessel. The core component of the suite is the EW Manager (EWMU), a computer-aided command and control tool fully dedicated to the EW layer and functionally integrating the EW subsystems. The presence of this important component makes the suite a ‘system of systems.’ The inclusion of an EW Manager provides additional optimisation for the sensors and countermeasures, based on signal correlation and fusion, threat situation, and mission status. The EWMU functionally integrates the ELT\332 CESM, ZEUS/VIRGIULIUS RECM/RESM capabilities and, in the future, the DIRCM in naval configuration. 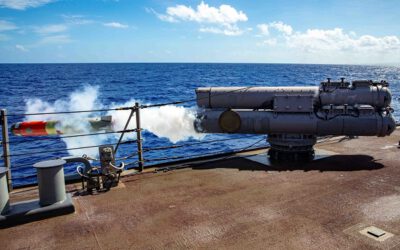 Supplies for US and Allied Government Procurement

END_OF_DOCUMENT_TOKEN_TO_BE_REPLACED 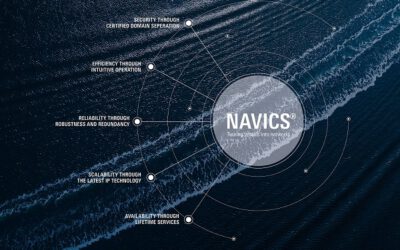