Two ferry flights took place on 6 and 14 June from Embraer’s factory at São José dos Campos, Brazil, to deliver SUPER TUCANO aircraft to the Turkmenistan Air Force. Two aircraft departed on 5 June and a further three on the second flight.

The total number of aircraft ordered has not been officially confirmed, but MON understands the five aircraft delivered complete the procurement. 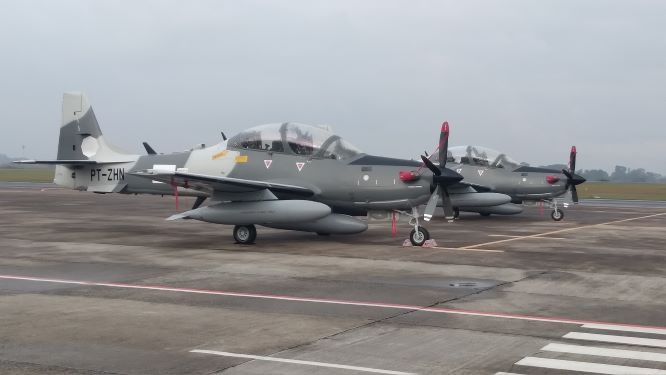 Two of the three aircraft prior to the 14 June ferry flight. (Photo: Embraer)