The swarm detection capability has already been proven, according to the company. MON believes the capability for detection of hypersonic airborne targets is under development. Company officials confirmed to MON that the solution uses proprietary AESA technology to enable special versions of the radar to detect both genres of target. “We have the building blocks that allow us to adapt our AESA radar to protect against the developing threats, ” the company stated.

ELTA’s DRONE GUARD – currently operational – is a unique anti-drone system, which uses a high-resolution 3D X-band radar a key for detection, an integrated COMINT ESM, multi-channel jamming and high resolution EO/IR with integrated AI capabilities. The company claims it to be a comprehensive solution for protection of all kinds of installations, and for manoeuvre forces.

Israel identified the threat posed by armed UAS at an early stage, leading to development of multiple defence systems against this growing threat. An attack by Houthi rebels on Saudi oil facilities in 2019 was carried out by a mix of missiles and weaponized drones provided by Iran. The real and growing threat, bolstered by numerous attempts at causing Israeli casualties using armed UAS, has driven Israel to an across the board effort to deploy effective countermeasures. Many Israeli companies claim an ability to detect, neutralize and/or destroy armed UAS, which present unique challenges that set them apart from more traditional airborne threats, such as missiles and combat aircraft.

DRONE GUARD addresses this threat, detecting a drone/UAS and blocking its communication capability – without compromising communications in nearby civilian infrastructures – thus disrupting and neutralizing hostile operations. According to ELTA , the system is capable of “closing the cycle” very fast to neutralise a threat, using a variety of sensors that supply very accurate detection, identification and location data for the various relevant active systems.

Hypersonic missiles have already appeared in the Middle East. Two months ago, Russian media reported a successful Air Force test firing of a KINZHAL missile, launched from a MiG-31 from the Khmeimim air base in Syria, at a virtual target in the Mediterranean. The nuclear-capable KH-47M2 KHINZAL has a 2,000km range, reaches speeds of Mach 10 and is capable of evasive manoeuvres. 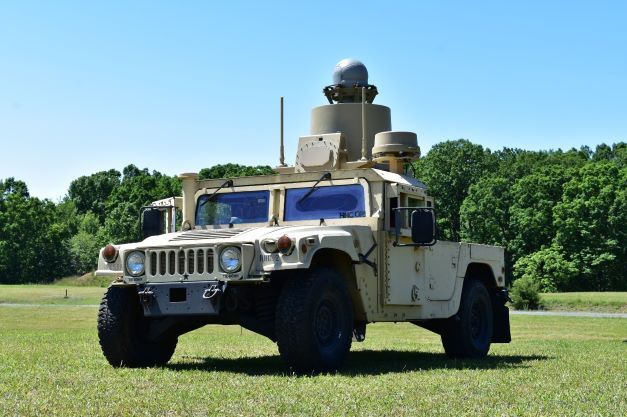