To be Used in Northern Border Security Role

Elbit Systems has supplied 12 tactical boats to the Ecuadorian Army, which will use them to reinforce security of its northern border with Colombia, where they will patrol the Amazon basin. No 19 ‘Napo’ Jungle Brigade will operate them to fight organised crime in the border area, especially along the Napo, San Miguel and Putumayo rivers.

According to a report from the Ministry of the Economy in Quito, some $4.6 million will be allocated this year for new vessels and an additional $13 million for boosting mobility and strategic capacity in the northern border region. 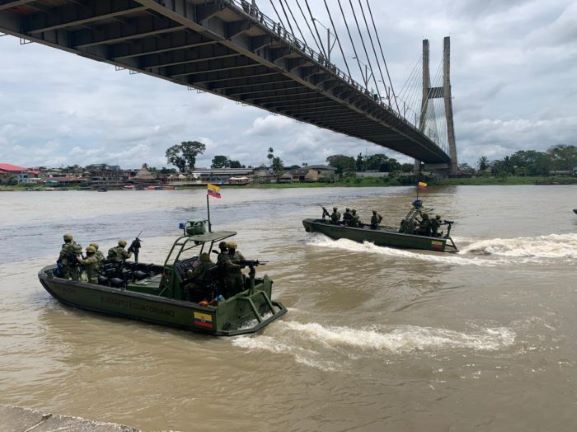 A pair of the boats delivered to Ecuador. (Photo: Diego Puente)