South Korea announced on 1 February that it signed a contract with Egypt, worth over KRW2 trillion ($1.66 billion) for the sale of an undisclosed number of K9-series self-propelled howitzers (SPH) and support vehicles, marking the first order from an African country for the 155mm/52-calibre tracked artillery system.

The deal, signed by Hanwha Defense and Egypt’s MoD in Cairo, is the result of 10-year-long negotiations, and includes Egyptian production under a technology transfer agreement, noted the Defense Acquisition Program Administration (DAPA) in Seoul, adding that this is Hanwha Defense’s largest K9 export deal to date. 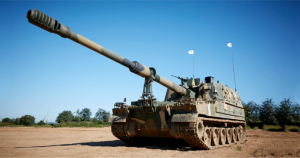 No further details were provided, including quantity or delivery schedule, but an image released by DAPA of the contract-signing ceremony shows the designation ‘K9A1EGY’. This suggests the Egyptian military will be acquiring a localised variant of the K9A1 model, which has been fitted with modernised control systems to maximise the advantages provided by developments in computer science. Moreover, a Hanwha Defense spokesperson told MON the deal includes support platforms such as K10 armoured ammunition resupply vehicle (AARV). Furthermore, DAPA said that it signed a separate MoU with the Egyptian MoD on bilateral co-operation in the areas of defence research and development.

“It is an achievement made through a combination of technological co-operation, collaboration in terms of localised production and pan-government support, which goes beyond just the transactional relationship between South Korea and Egypt,” DAPA chief Kang Eun-ho was quoted as saying.

The 47t K9, in service with the Republic of Korea Army (RoKA) since late 2019/early 2000, has a maximum firing range of 40km, depending on the ammunition, and can fire 6-8rpm for three minutes. Sustained rate of fire is between 2-3rpm for one hour. 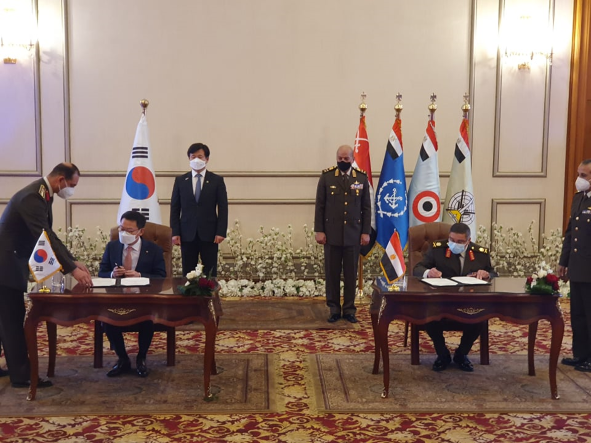 South Korea’s Hanwha Defense has signed a contract with Egypt for the sale of an undisclosed number of K9-series SPHs and support vehicles, including the K10 AARV. (DAPA)