€1.2 Billion for First 23 Calls for Proposals

As the European Commission gives its official blessing to the European Defence Fund (EDF), a new chapter might be in prospect for European industry. On 30 June, the EU executive launched the fund’s first 23 calls for proposals, worth €1.2 billion, aimed at supporting collaborative defence R&D projects for 2021.

Approved after lengthy discussions, the EDF has a budget of €7,953 billion, of which €2.6 billion is reserved for research projects and €5.3 billion for defence capability.s development. To win a share of the funds – which will be co-financed by participating countries – industry will need to submit proposals by December.

Among the calls, air combat will receive the largest slice of the cake – some €190 million divided into three projects: the development of a “European interoperability standard for collaborative air combat,” and an “enhanced pilot environment for air combat,” collectively worth €150 million – and €40 million for “next-generation rotorcraft technologies.” The first project might presage potential harmonisation between the Franco-German FCAS [Future Combat Air System] and British-Italian-Swedish TEMPEST programmes, both of which could access EDF funds. Air and missile defence will also have a substantial budget share, with €100 million to develop an “endo-atmospheric interceptor.”

Second place goes to ground combat, a sector seriously affected by overcapacity: €160 million will contribute to both “future modular ground vehicles and enabling technologies (including green technologies)” and the development of “unmanned ground vehicle technologies and beyond-line-of-sight collaborative close combat architecture,” with a further €10 million allocated to research into “improved warheads.”

On the navy side, €60 million will be assigned to developing a “Multirole and modular offshore patrol vessel,” which might be of interest to the Naviris-Navantia European Patrol Corvette PESCO programme – and €43.5 million will go to research for “Ship Structural Health Monitoring.”

A big slice of the funding pie is also reserved for ‘green’ priorities, such as “Energy resilience and environmental transition,” (€133 million), while the space and cyber domains will get €50 and €23.5 million respectively. Disruptive technologies, which include research on “Over-the-horizon radar,” primarily oriented towards detecting ‘stealth’ targets, will reach €60 million.

The Commission also gave the green light to 26 new projects, with a budget of over €158 million, within the framework of the European Defence Industrial Development Programme (EDIDP). Undersea, maritime and combat projects lead the way, with €23.5, €21.5 and €13.5 million respectively.

Alongside the Preparatory Action on Defence Research (PADR) initiative, EDIDP served as a test-bed for the EDF. Worth €500 million over two years 2019-2020), EDIDP aimed at co-financing development of defence products and technologies, while PADR prepared the research window for the EDF. 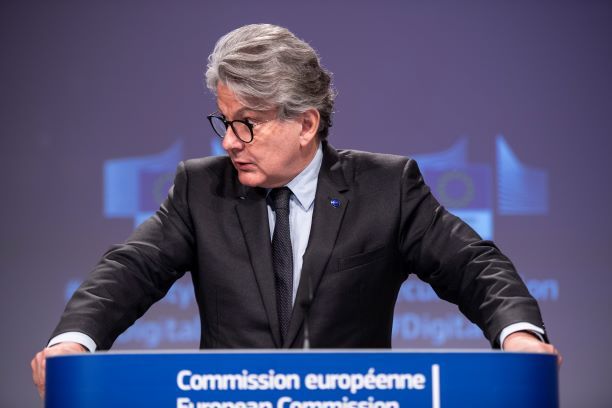