On 18 May, the Ecuadorian Air Force formally incorporated three Grob G-120TP trainers and three Airbus H145 helicopters at its facilities at Ala 22, located in Guayaquil.

The trainers, which arrived last September, will replace the T-34C-1 TURBO MENTOR aircraft (withdrawn from service in 2017) at the Escuela Superior Militar de Aviación ‘Cosme Rennella Barbatto,’ located in Salinas. The first three Grobs have already accumulated over 1,000 flight hours, and will shortly be joined by three more, which started their ferry flight from Germany on 19 May. A final batch of two aircraft will be delivered in January next year, and the service expects to buy another four, bringing the eventual fleet to twelve aircraft. 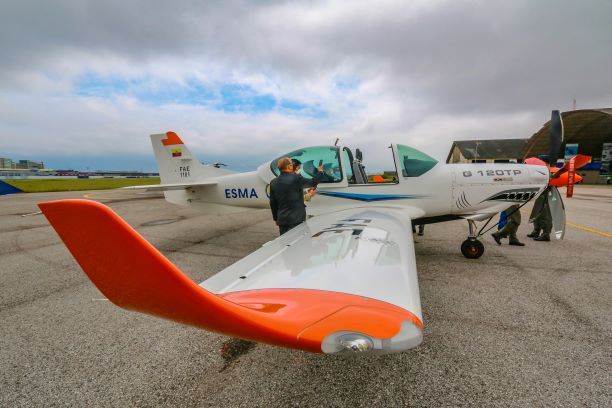