ECA Group formally opened its Mine Counter-measures (MCM) factory in Ostend, Belgium, on 10 June, in the presence of Hilde Crevits, Deputy Prime Minister of the Flemish government and Adm Michel Hofman, Chief of Defence.

The purpose-built facility will be dedicated to manufacture and support of the Group’s unmanned mine warfare drones, with lean production of AUVs and USVs, supply chain management and customer demonstrations among its core functions.  The hundreds of such drones contracted by the Belgian and Dutch navies will be produced here, with production commencing in September and deliveries in 2024.

The new facility will also strengthen ties with the Belgian and Dutch navies, the Belgian Naval Academy, the Naval Mine Warfare NATO Centre of Excellence and numerous industrial and academic stakeholders in Belgium. ECA Group will continue to partner with local companies and will contribute to the continued development of local skills and industrial capabilities.

The Ostend factory has direct access to the waterfront, where drones will be sea-tested and demonstrated to customers. ECA Group and its shareholder, Groupe Gorgé, have invested millions of Euros in this project, which has been extremely well supported by the City and Port of Ostend, the Flemish government and Belgian Defence. In the short term, 25 jobs are being created, with that number to double in the medium term.

“Innovation is not only a lever for economic growth and employment, but it also offers solutions. In this case it keeps navy personnel as far away from danger as possible. I am pleased that ECA Group has chosen Flanders to further flourish their expertise in robots and drones. West-Flanders will definitely benefit from this new factory as new jobs will be created, and closer ties with Flemish companies and academic players will be forged,” commented Deputy Prime Minister, Hilde Crevits.

Dominique Giannoni, CEO of ECA Group, observed “These new premises illustrate […] ECA Group’s strong desire to establish itself in Belgium over the long term. They represent a substantial investment of more than €10 million, which would not have been possible without the significant support of the Flemish Region,” while ECA Robotics Belgium CEO, Steven Luys, added “Our focus now shifts to the ramping up of production later this year, and towards the recruitment of many new team members as we are looking for workers, technicians, administrative people and engineers.” 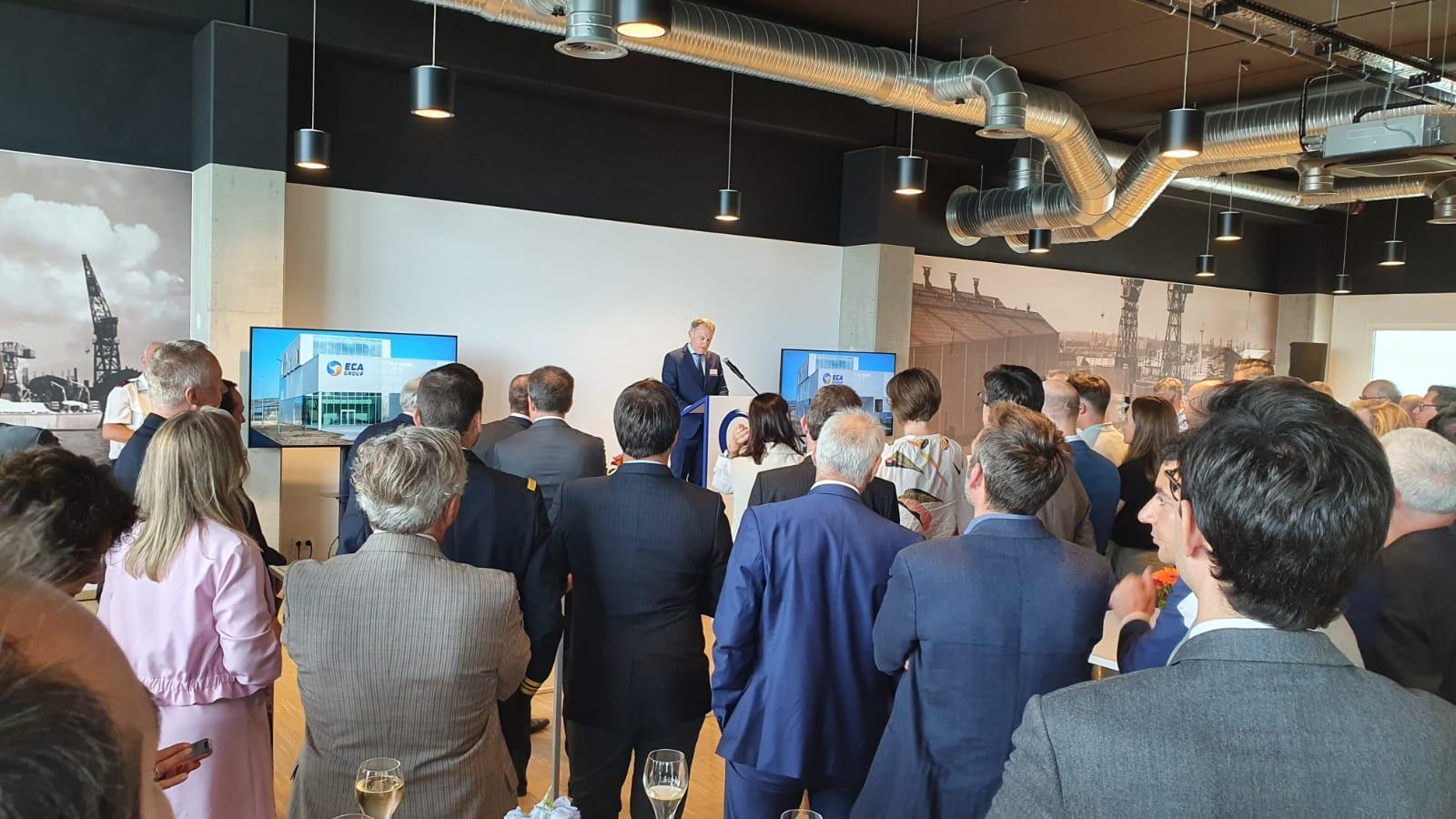 The opening ceremony in Ostend on 10 June. (ECA Group)