On 18 August, representatives of Mönch Publishing Group participated in a unique occasion, following an invitation extended by the European Air Transport Command (EATC) to Eindhoven, in the Netherlands. The company handed over a 48-page special isue of MILITARY TECHNOLOGY entitled “European Air Transport Command.”  to Major General Andreas Schick, Commander of EATC. Reason enough for Volker Schwichtenberg, CEO and Managing Director of Mönch Verlagsgesellschaft mbH, as well as Christian Lauterer, Co-Publisher, WEHRTECHNIK, and Stefan Nitschke, Editor-in-Chief WEHRTECHNIK, to discuss topics such as Afghanistan and the origins and tasking of the major command for air mobility in Europe. Major General Schick welcomed the executives to the state-of-the-art headquarters at the Eindhoven Air Base. Schick, who was deployed as contingent leader of the 1st German contingent Counter Daesh, at Incirlik (Turkey) in 2015/2016, and took over the post of Chief of Staff at the EATC from June 2017, took command of the EATC on 24 September 2020.

During an intense exchange of ideas, Major General Schick pointed to the special tasks of the command: EATC plans and coordinates air transport, air refuelling and AirMedEvac missions for the seven partner nations involved – Belgium, Germany, France, Italy, Luxembourg, the Netherlands and Spain – and thus ensures that operational opportunities can be expanded and resources can be bundled where required. By bundling multinational resources – the so-called ‘Pooling and Sharing’ initiative – parallel or empty flights of the various aircraft provided by the partner nations can be avoided, in favour of combined flights, so that optimal use is made of the aircraft. This operational concept – developed and continually improved since EATC’s inauguration in July 2010 – has now proven itself: Europe‘s military air transport has evolved into a robust, sought-after high-value resource. During the current periods of conflict, EATC has a decisive responsibility: it is here that the evacuation flights to and from Kabul (Afghanistan) are being planned and organised.

WEHRTECHNIK, sister magazine MILITARY TECHNOLOGY and Mönch‘s online media will report regularly on the EATC from later this year. 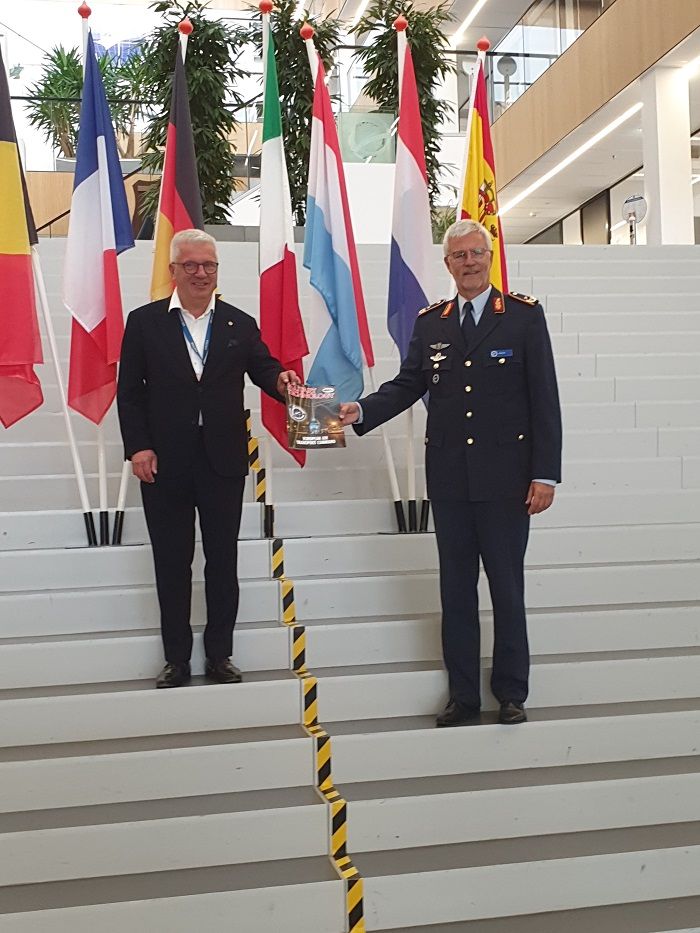