Izvestia released details on 2 September of how the Russian Armed Forces (RuAF) will experiment with the URAN-9 armed UGV during the ‘Zapad-21.’ The article provides a rare insight into the potential tasks the RuAF considers applicable to armed UGVs, and states a final decision on the place of the URAN-9 in Russian formations will be based on its ability to conduct set missions during ‘Zapad.’

The 10-12t tracked UGV, armed with a 2A72 30mm automatic cannon and SHMEL-M thermobaric rocket launcher, is designed to operate in a complex of four UGVs, with one central command vehicle. During ‘Zapad-21,’ it will be used to guard rear echelon infrastructure such as warehouses, communication centres and command posts.

“The robots will detect the enemy using optoelectronic systems and radars, and destroy them with onboard weapons,” Izvestia states, indicating the UGV might form part of Russia’s response to special forces (SF) operations. It will also be used to communicate coordinates of detected enemies to nearby units.

Izvestia also reports that URAN-9 will be used in a counter-UAS role, responsible for detecting UAS threats and either engaging them or transmitting target information to appropriate air defence forces.

Russia is pushing the automation of its armed forces and the introduction of unmanned systems at many different force levels. If and when the URAN-9 enters service, it will be able to help secure rear areas: the RuAF generally subscribe to the view that future battlefields will lack established front lines, and will be inherently fluid. Securing important infrastructure, such as C2 nodes, against infiltration attacks from SF and small UAVs is therefore essential to maintaining operational efficancy. 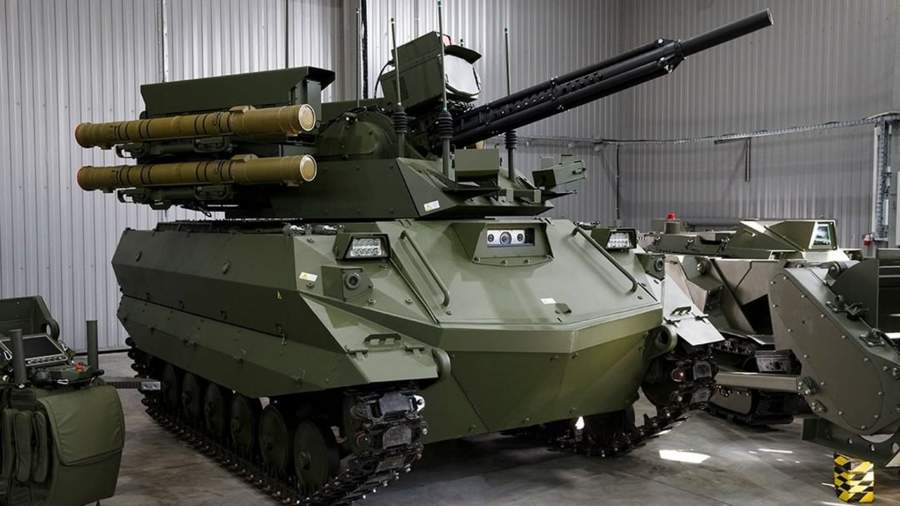 URAN-9 will demonstrate its potential efficiency in a range of tasks during ‘Zapad-21,’ providing insight into the value Russia places on such platforms. (Photo: Russian MoD)