The static display at Dubai 2021 next week will include a Dassault Aviation RAFALE C fighter and a FALCON 8X bizjet, which flew to the airshow from France using sustainable fuel. The RAFALE will also take part in the daily flying display. Dassault Aviation has been a partner of the United Arab Emirates Air Force (UAEAF) since the MIRAGE 5 era in the 1970s. The UAEAF currently operates a fleet of MIRAGE 2000-9s, which are in the process of being modernised with Dassault’s support.

The airshow will also be an opportunity for the company to promote its new FALCON 6X and 10X ultra-widebody business aircraft, three of the former of which are currently in flight testing, with the type due to enter service next year. The 10X – which will feature a cabin larger than some regional jets – is scheduled to enter service at the end of 2025. 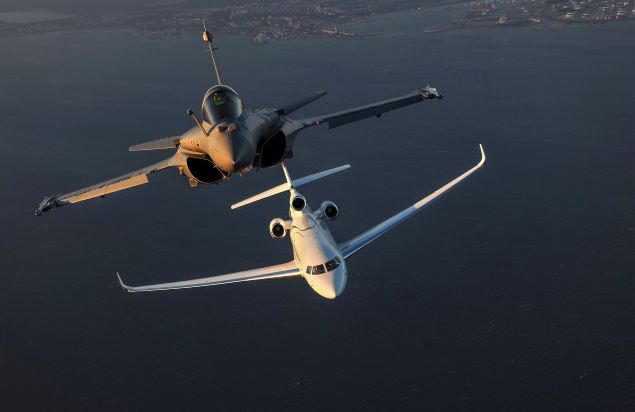 Both the RAFALE and the FALCON 8X will feature in Dassault’s offerings at Dubai next week. (Photo: Dassault Aviation)