‘DSEI is Now a Continuum’

With DSEI 2021 just around the corner – and likely to be a bellwether for the progress of defence exhibitions and conferences in the post-COVID world – MON recently conducted an instructive and enlightening interview with Gary Waterfall (Senior Defence Advisor for DSEI) and Jon Pentreath (Military Advisor) – both former senior officers in the British armed forces. Aspects of the interview will make it into several postings over the next several days – and into a post-show report scheduled for the last 2021 issue of MILITARY TECHNOLOGY. But a couple of issues arising deserve some examination prior to the show opening in London next week.

First is, perhaps, the most fundamental change in attitude towards DSEI for a decade or more. “DSEI is now a continuum – a series of events over time, in order to maintain momentum and keep up with changes,” Waterfall told MON. No longer will we wait two years between iterations of what has become, perhaps, the must-attend tri-service event outside the USA: there will be regular events – many of which will be virtual in nature and thus open to wider participation than if they were solely ‘in-person’ occurrences. The development of a virtual venue in which to maintain and build on the significant advantages participation in DSEI has always brought – that is an initiative worthy not only of praise but of the strongest support we, as a community, can offer. This column – and our associated magazines – look forward with keen interest to watching the ‘DSEI Connect’ initiative develop over the next few days and – more critically – in the aftermath of this year’s show. The recognition that the world has changed – and the express will to confront, mitigate and rise above the inherent challenges – is a mark of the new generation of management at the helm of DSEI.

Lest readers believe that is a barbed comment – let us be specific. Simon Williams manfully steered DSEI through waters of every nature as Senior Defence Advisor for several years, with creditable success. “His job is now being done by three individuals, which tells you the extent to which DSEI has changed,” points out Waterfall – specifying the three concerned are himself, Pentreath and Michael Horden as Space Advisor.

The second issue arises from a question regarding DSEI’s perceived identity. Is it seen as a UK-centric or a truly international event? The answer, of course, depends very much on the perspective of the respondent. Any objective assessment of DSEI in the past reveals an undoubted international character: the geographic and cultural spread of exhibitors, delegations and visitors proves that. And that will almost certainly remain the case this year – despite the uncertainties and restrictions imposed by the pandemic.

On the other side of the coin – there is, of course, a strong British flavour to the event. Not just due to location but also – and far more importantly – due to the very high and continuous level of engagement from UK Defence. “A very large part of what Britain’s armed forces do is not warfighting – it’s engagement activity. And that underpins the very strong engagement we are seeing in DSEI, from the centre and from the individual Services – in a joint, joined-up fashion,” Pentreath stated.

“We are the other side of Brexit, the Integrated Review and (hopefully) the pandemic. So DSEI offers a golden opportunity for the UK to make obvious how we as a nation are approaching MDI (Multi-Domain Integration – the underlying theme of this year’s event). The show is decidedly international – by design – but delivered this year through a British lens – Britain is, after all, the world’s second largest defence exporter and manages the world’s fifth largest defence budget,” Waterfall added.

There are several aspects to what DSEI is likely to be all about that MON will address over the next several days, to include the opening stages of the show itself. The opportunity to quiz former senior military officers is appreciated; the frank nature of their responses and attitudes is instructive; and DSEI 2021 promises to be enlightening and engaging – to say the least…. 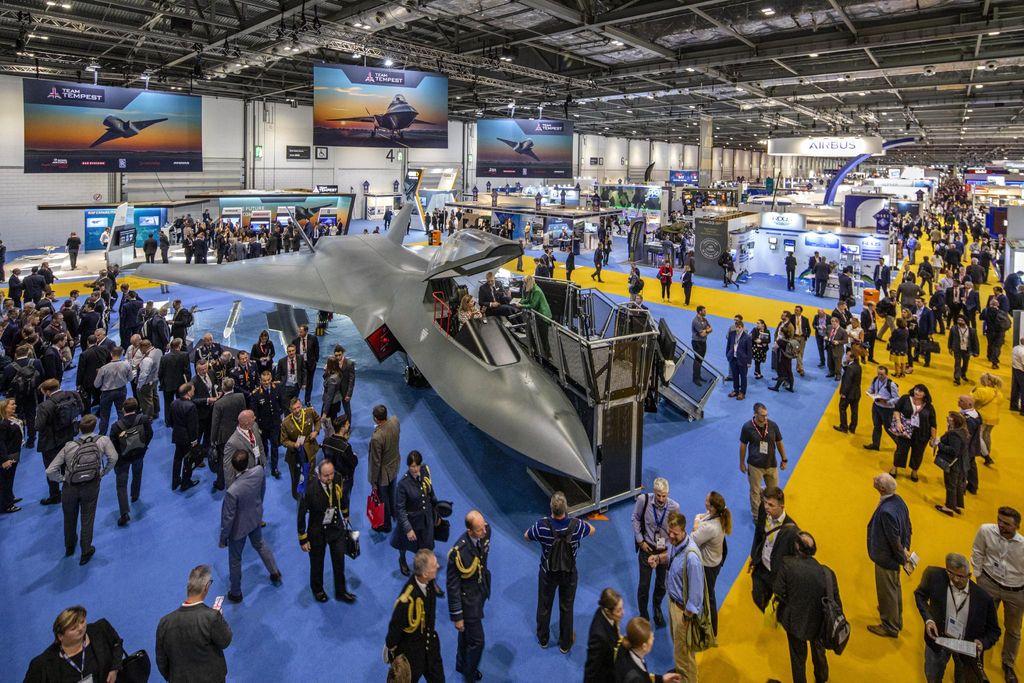