Rafael will be showing the Next Generation Combat Vehicle Suite (NGCV-S) with an artificial intelligence enhancement in public for the first time at DSEI 2021 this month. NGCV-S transforms any combat vehicle into a connected, well-protected, optionally-manned, lethal defence system. An array of sensors and cameras provides full situational awareness, automatic target recognition, enables threat detection and identification, and offers a complete video management system, allowing crew to remain fully protected with hatches closed.

Also on display for the first time at any defence exhibition will be SEA BREAKER, a 5th-generation long range autonomous missile system, aimed at precision attacks on naval and land targets. The system, only unveiled in June, is a pinpoint, surgical strike force multiplier.

The breadth and scope of Rafael’s product range will be made obvious by the variety of systems the company will offer to visitors to its booth at DSEI2021. The DRONE DOME counter-UAS system – combat-proven – will sit alongside examples of the SPIKE family of EO-guided missiles and the TROPHT active protection system – also proven in combat conditions. 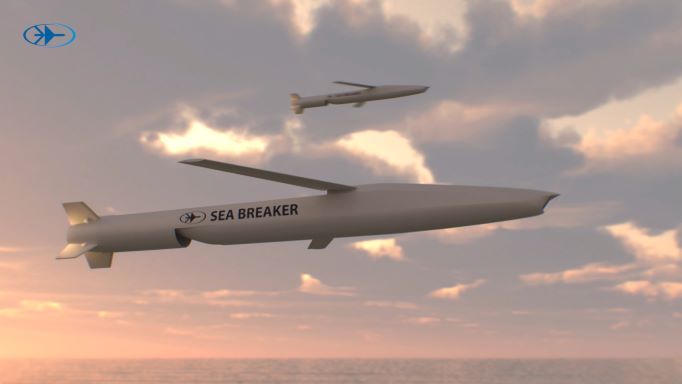 The SEA BREAKER 5th-generation naval missile system will be shown in public for the first time at DSEI 2021. (Photos: Rafael)