If predicting the future is always difficult, it is only more so when the topic is space defence. But Air Vice Marshal Harv Smyth, Director of UK MoD’s newly-established Space Directorate, gave it his best shot during his keynote presentation at DSEI in London last week.

As he noted, access to space is cheaper and easier than ever before, with a plethora of new industrial entrants determined to drop the price per kilogram of putting payloads into orbit. However, this presents a whole raft of challenges for governments and their militaries.

“Pretty much anyone can now access space, and with that accessibility can come potential threat […] We’ve all witnessed what happens, particularly when the air domain became accessible to all – terrorists turned airliners into weapons. If such a trend holds true for space, when will we have to deal with our first example of space terrorism? And are we prepared for such a dramatic strategic shock?”

Part of Smyth’s remit is to ensure the answer to that question, in the UK at least, is ‘yes.’ He has been in post since last April, and much of the Space Directorate’s initial job has been to draft doctrine and strategy. The government will be publishing an overarching national space strategy – the country’s first – imminently, and the Space Directorate’s own space defence strategy should arrive around the same time: Smyth indicated this may be as soon as later this month. The document will flesh out the detail, but he highlighted a few key themes.

“This strategy will clearly lay out the ends, ways and means of our approach, and is wholly consistent with the outcome of the Integrated Review,” he emphasised, referring to the government’s holistic defence, security, development and foreign policy review, published in March. “[The space strategy] is built on a foundation of three pillars – what we’ve called the ‘own, collaborate, access’ model. What should we own? Simply – where do we need sovereign capability to use in a time and place of our choosing. Where should we – or, frankly, must we – collaborate, via alliances and partnerships? And what can we simply access from the market?”

Stressing that he sees the most pressing of these areas to be collaboration – with industry, and with allied governments – Smyth also highlighted the role of the UK’s new Space Command in bringing space-based capabilities under a single unified structure, regardless of whether the capability is one that MoD would traditionally have had a role in managing. Along with easier access to space has come wider and deeper reliance on space-borne platforms: for instance, satellite-based systems that provide precision navigation and timing are now deeply embedded across multiple industrial, commercial and governmental sectors, and reliance on them is therefore a national security concern.

“Rightly or wrongly, like most western nations, we have become fundamentally reliant upon space capabilities, many of which now simply underpin our very way of modern life[…] All of this is in line with the core role of defence, and it behoves MoD to put in place the appropriate policies, processes and capabilities that afford us the ability to protect and defend all of these critical space dependencies, just as we do in every other domain.” 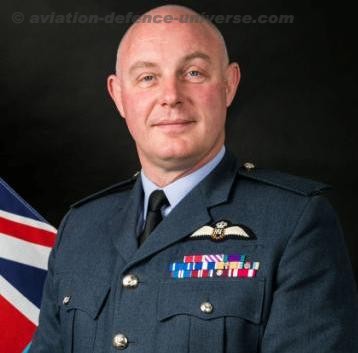